I've already shown the parallels between Rubio and the much maligned Steve Francis and don't know that the Grizzlies should draft him to keep him, but lets get a little deeper into the subject of the number two overall pick. Particularly the rumors of Thabeet as the #2 overall.

First, let me clarify one thing. Drafting Hasheem Thabeet would be a mistake for the Grizzlies. Thabeet isn't just poor on the offensive end; he is not going to be a particularly impressive one on one defender in the early stages of his career. Yes the kid is long, but no amount of length will allow him to dominate in the post, and he is likely horrendous at perimeter defense because he has never tried it before. 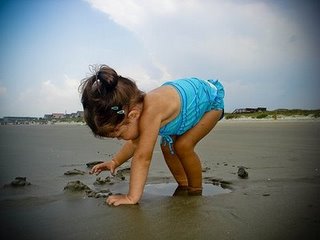 Outside of Yao and Shaq very few teams in the NBA use a "prototypical" center anymore. The vast majority use their center for setting screens, either to roll and hit the mid-range jumper or track the handler into the post. Some teams basically ignore their center on the offensive end, prefering to entrust their forwards and guards with the vast majority of possessions. Does anyone project Thabeet as being able to capably extend his defensive range to guard a Mehmet Okur or even Spencer Hawes, or hold his own against athletic freaks? No, and he would be only a bit better than average at stopping the few post-up centers left. Watch out Emeka Okafor, Memphis has your stopper in Hasheem Thabeet.

Lets face the music, his defensive experience mostly entails waiting in the paint for player with nowhere near NBA caliber athletic tools to jack up a bad layup. Yes Thabeet blocked a lot of shots, but the vast majority of them would have been bad shots anyhow. And he really struggled against offensively minded post players, particularly ones heavier and stronger than himself. In the NBA Thabeet will see small forwards heavier and stronger than himself, almost no center will be thinner than Thabeet, and most power forwards are larger. Of course UConn's center will size up eventually, but his presence will likely have no effect on Memphis's overall defensive ability initially. Marcus Camby was Defensive Player of the Year on the NBA's worst defensive team, and while he blocked a lot of shots they were oftentimes rather meaningless.

In fact lets consider if shotblocking is even that valuable? Remember that most blocked shots end up in the hands of the team that shot them, and would likely have been misses anyhow. While a Dwight Howard can change a game with his shotblocking simply because he can lock down the entire paint unless gameplanned against, guys like Camby (or Thabeet) on otherwise weak defenses normally don't deter attackers. Rather the offense allows them to get their blocks and attacks as usual. At most its going to slightly lower your FG%, but most blocks are significantly less meaningful than a turnover since again, you often get possession back, so NBA players learn to live with them. You would learn to live with seeing your shot swatted too if you played with 9 other dudes who play above the rim. 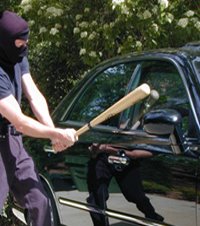 Rubio's steals, however, are a certain gamebreaker on defense. Steals normally equal easy offense, and, unlike shot blocks, are an assured change of possession. While its unwise to gamble on steals excessively, most Rubio scouting reports suggest that he just has excellent hands. Of course he gambles a bit, but so does Chris Paul. You can't fault him for that, after all steals are a function of attempting steals. A steal might not get the crowd pumped up like a big block, but the fastbreak dunks that ensue would actually fit Memphis's personnel better anyhow (since Rudy and Hak are both constant Dunk of the Night threats).

In other words, Rubio isn't just the top offensive option at pick #2, but even after adjusting his steals to NBA levels, might also be the best (impact) defensive player left on the board.