Share All sharing options for: Three Ghosts: Part I

Now I'm no anthropologist, but by my understanding some cultures revere the spirits of their ancestors. They look to them for advice and wisdom, believing that their predecessors still inhabit the material world. Respecting your ancestors is an excellent way to gain wisdom, see into both the past and future, improve your kung-fu, and otherwise engage in a litany of holistic, self-improving activities. Your ancestors, when respected, are benevolent, kind, and generally quite pleasant to visit.

Obviously the Grizzlies have not respected their ancestors, because the spirits that hover around Memphis are ultimately nothing but terrifying. These ghosts come from Vancouver, which is arguably the most horrifically mismanaged and poorly conceived franchise in the history of sports, for reasons to be explained later. Each of these ghosts is one the Grizzlies past future-superstars, and each haunts the team to this day. 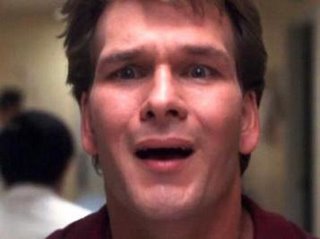 The first ghost, in chronological order from their respective importance, holds everyone's favorite NBA nickname; he is none other than Bryant "Big Country" Reeves. "Big Country" was the Grizzlies first ever draft pick. Appropriately a center during an era marked by dominant, large big men. Reeves couldn't have entered the NBA at a better time, right between the center era and the prodigious upside era. Here was a true seven footer with an excellent college career who also clearly showed some signs of the athletic ability that might allow him to continue improving. Signs included: shattering the glass on backboards, and being able to run at that weight. True to his nickname, Reeves was so earthy that he had never flown in a plane. He seemed the perfect center to anchor the abysmal Grizzlies, and would put up respectable enough numbers to earn a huge deal, only to get fat, injured, and retired soon thereafter.

Reeve's spirit still haunts a Grizzlies team that has never again found that primal, earthy strength in the paint that "Big Country" brought to the court. Last season both Iavaroni and Lionel Hollins lamented the lack of a strong force in the past so much that they were often forced to play Darko. Of course their plea really was nothing new to the franchise, who's last two notable big men were both All-Star caliber players but also were generally considered finesse players and only respectable low-post defenders. Shareef Abdur-Rahim was a crafty scorer and a master of the fake, especially considering his size. But Reef was a poor, disinterested defender, and especially lacked the ability to coordinate and strengthen the defense as a unit. Pau Gasol is a great scorer, and excellent at maximizing his ability to upset shot and get in defenders faces without fouling. But he is also the pariah for the "softness" of the near-champion Lakers. 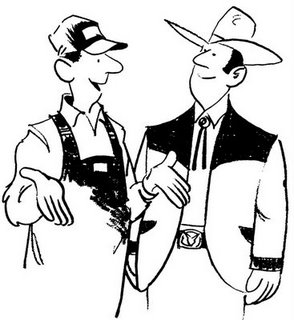 Perhaps the greatest hope to dispel the ghost of "Big Country" is not in recruiting a new strong man, but rather the Association's general progression away from ball-dominating big men. Clearly today's NBA is beginning to embrace an attitude where you don't have to pound in the post, nor do you need the prototype center to bang in the post. These sorts of centers are really a dying breed in the NBA. Of course Yao is there, Brook Lopez shows promise, and Shaq still remains. But guys like Tyson Chandler, Samuel Dalembert, and even Andrew Bynum are looking like disappointments at worst, and certainly no longer anchors of their teams.

The Grizzlies seem to have struck a balance in Marc Gasol, the larger, tougher, stronger Gasol brother. But While less technically skilled, at this point with Gay and Warrick as their only proven productive players at the forward slots the Grizzlies don't need technical skill. He's neither a seven footer nor an intimidator, and he doesn't have lethal footwork in the post. But he can stay tough in the post, and he can step out and hit a mid-range shot to space the floor. Marc will never fully please the spirit of "Big Country," but perhaps he won't need to in order to break the curse.