Whisperings From the Confederacy

Share All sharing options for: Whisperings From the Confederacy

Rumors and team building are arguably my two favorite things in the whole world, besides slam dunks that is. Today, I bring you all three.

ESPN's Chad Ford, who plays poker with Western Conference GM's on Fridays and clubs with Eastern Conference presidents of operations on Tuesdays, dropped a rumor bomb today that is arguably far more interesting to me than anything about Big Shaqtus. The Hawks are apparently actively shopping Josh Smith, slam-dunk baron of the NBA, around the league. Ford notes that the Hawks need to sign Marvin Williams, Zaza Pachulia, and Mike Bibby this offseason, and apparently J-smoove's run-ins with coach Mike Woodson have put his head on the chopping block. Word has it he went Latrell Spreewell on Woodson routinely. 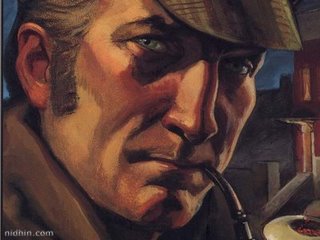 Apparently Smith's explosive temper is quite terrible, because he is signed to a pretty fair salary of $10 million a year, which is only increasing by a little less than one million every season. This seems to be a fair price for the rising star, who routinely makes the explosive plays that blow the roof off even a half-filled stadium. Also Bibby is likely taking a pay cut at least equivalent to Zaza and Marvin's increases, which will almost certainly total no more than 5 million a year. That is unless Marvin Williams gets a big contract extension, which would put them in even greater financial trouble for a far less impressive player.

If Chad Ford's tips are correct, however, Memphis certainly seems to be a plausible destination for Smith. Atlanta signed Smith against Memphis's offer sheet last season, so they clearly have shown interest in the past. Also the Hawks could save a lot more than J-smoove's 10 million by trading with the Grizzlies, which would likely involve the number 2 pick. They could take Rubio, who may be as much an entertainer as Smith, and fill their starting point guard role with a rookie contract. And if you do believe in ghosts, the Hawks are undoubtedly still haunted by missing on Chris Paul and Deron Williams. Getting the #2 from the Grizzlies would allow them to get another shot at a potential young, elite point guard.

For the Grizzlies Smith would provide an immensely valuable draw for fans, as he would complete a trinity of high-fliers that includes Rudy Gay and Hakim Warrick. He also would round out what would become a very solid young starting lineup; one that would really only be short a tue center, which is a position that seems to be suprisingly available this offseason. For the number two and rights to Rubio, the Hawks could even be willing to include Zaza in a sign and trade. With Marc rocking around 28 minutes at center, and picking up 5-6 more for Smith at power forward, the Grizzlies could plug in Zaza for 20 minutes or so a night. Hakim could pick up the rest of the minutes on the front line, and Darrell Arthur could be used to acquire a quality veteran bench player or be given time to develop into an NBA rotation player.

Does this get the Grizzlies back into the playoffs? No. Probably not. But it provides them with a well rounded starting five, that would be better prepared than one with either Rubio, Hill, or Thabeet. This lineup wouldn't be great by any means, but all five players would grow together for years, and would be in position to grab a couple decent free agents next year with Jaric and Darko's expirings. And if the league shakes up half as much as expected that offseason, the Grizzlies would be in excellent position with a team that has both youth and chemistry.

Well, the chemistry is only if J-smoove can avoid choking Hollins out after he awards Rudy the team dunk contest championship.