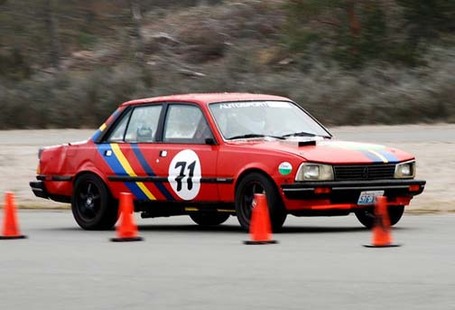 If you want to read something inspiring and uplifting, looks like Straight Outta Vancouver isn't the place for you. The Grizzlies have dropped to 1-7 on the season, albeit with a few games that were very close, and have felt their fair share of lopsided blowouts.

Oh, and did I mention that rookie center Hasheem Thabeet, the Grizzlies #2 draft selection, broke a bone in his jaw on Zach "Mega Bruiser" Randolph's head last night. From the Commercial Appeal:

Rookie center Hasheem Thabeet suffered a ridgeline fracture in his mandible -- a bone in his lower jaw -- when he appeared to collide with Zach Randolph's head going for a rebound late in the first quarter.

Play was stopped with 57.4 seconds remaining as Thabeet rolled around near the basket in obvious pain.

He will not make the trip to Houston for the team's game against the Rockets tonight, but his status will be day-to-day after that.

Obviously it's impossible to blame anyone for this, it was clearly an accident that was, in almost every way, Hasheem Thabeet's fault. He was rushing headlong into Zach and about three Portland players to try to grab a rebound he couldn't even get near. Rookie bigs always need to learn how to slow down, both in terms of contesting too many shots and fouling as well as on the boards -- Thabeet's rookie lesson just hurt a little more then others.

Waiting for the game against the Rockets tonight before I drop a more fulfilling bomb of cantankerous anger at both the team and the organization as a whole. A big win might avert the storm.