Share All sharing options for: Perhaps the Enemy Sleeps: Rockets vs. Grizzlies Preview 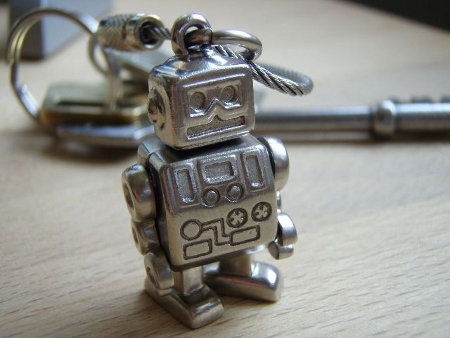 Robots never sleep, because sleep is the cousin of death.

The Houston Rockets always get talked about like they're some cancerous tumor growing from Daryl Morey's brain; as though they're the only team to ever value defense and rebounding. And by the way, I'm sorry, but for the most part that is all that advanced statistics do. The advanced stats fill a valuable role in that sense, I use them myself often enough, but it's not like the Rockets are some type of robot that's going to conquer the NBA forever.

These robo-Rockets are 4-3 on the year, riding offense from a variety of on and off sources. They wisely play the hot hand, so while nobody jumps off the page going into the game, chances are somebody will jump off the page during it. Expect them to open it up against the Grizzlies, probably opting to out-hustle rather than out-muscle like Portland last night.

Thus far on the year the Rockets haven't played exceptional defense -- their defensive efficiency is good for 17th in the league -- so expect a surprisingly thrilling match. After all these aren't your Yao's Rockets. Be sure to stop by The Dream Shake before the game to check their perspective.

I'm going to go out on a limb and give the Grizzlies a win tonight. Aaron Brooks plays nicely enough into Mike Conley's hand, Trevor Ariza, Chase Budinger, and Shane Battier will all be a handful for O.J., but none are really premier scorers, so hopefully we dodge a bullet. Rudy Gay will likely be more effective tonight, though he is definitely fatigued. Our frontcourt should have a nice night; Chuck Hayes is a great defender, but not a fantastic rebounder, and Luis Scola is a little like a Zach Randolph-type.

If the Grizzlies rotate well -- both passing around the perimeter and on defense -- then they'll get their second win of the season 108-99.

Note: Storylines of the Night will be in a gamethread. The preview and gamethread are now separate entities.