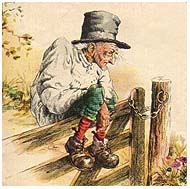 In the NBA we tend to complain about players and teams being too old, completely over the hill, or past their prime a bit prematurely. Clearly it's happening this year. Boston, with an emphasis on Kevin Garnett's knee, is decaying on the floor, the Spurs are actually a little closer to the end, and the Mavericks seem to be adding age to their already old core of Dirk Nowitzki and Jason Kidd.

The problem with the fallacy of youth is that experience is everything in the NBA. LeBron, Kobe, Durant, none of those guys could lead a winning team their first year. But Paul Pierce still can; go figure.

So while I didn't have much faith in this Mavericks team, blogged by Mavs Moneyball here at SB Nation, to start the season, I'm beginning to realize that they're a crafty bunch of winners. Dirkus Circus still has it going, Kidd can play, and Jason Terry is a savior.

How many years do they have left? Maybe not many, but it doesn't matter because they're playing the inexperience, often undisciplined Grizzlies tonight. If anyone is around this fine Friday night, be sure to hit up the comments thread during and after the game.