So the next game against Cleveland might be on NBATV, but its like 25 days away, so I got to thinking that maybe now would be a good time to fit in some of that analysis everybody likes so much.

I came up with this nice little gimmick. Let's check in with all the Grizzlies new players this season, I'm talking about the ones that managed to stay in Memphis for more than three games, and see how they're adjusting.

The order is going to be Marcus Williams, DeMarre Carroll, Sam Young, Hasheem Thabeet, and Zach Randolph. I think this is probably in order of preseason buzz. Maybe I'll include Marc Gasol too, since he's basically a brand new freaking person after losing 150 lbs., mostly hair, in the offseason. 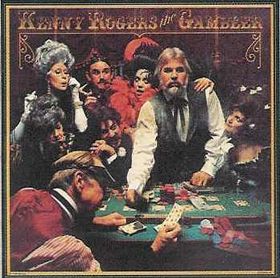 Marcus, you're not Kenny Rogers, you can't gamble every possession.

I'm not sure I've ever seen Marcus Williams pickpocket another point at the top of the key. That means he's probably close to 0 out of 1189, because the dude has no concept of defense. If he was balling in Rucker, alright maybe, but this is the NBA Slick Willy, you got to respect the handles.

Problem here is that you can always tell what he wants to do. It's so obvious. Maybe it's something about how he dribbles or something, but I can tell if he's looking to get his own shot or pass basically every time he touches the ball. I'm pretty sure the defense can tell too, and predictability isn't quite as desirable as consistency, which is another trait that Williams doesn't have.

According to 82games.com, 35% of Marcus Williams's shots come with the 0-10 seconds off the shot clock. On these quick shots he is shooting a blistering 39.3% effective field goal percentage. That's terrible, and while I'm not ready to do background research, I'm going to say that forcing low-percentage shots early in the clock isn't a desirable quality in a point guard.

And yet somehow Marcus Williams is managing to make his Grizzlies teammates one hell of a lot better. Again from 82games.com, all but two of the top ten (top ten not in terms of performance, but minutes played) 5-man units that include Marcus Williams have positive plus-minuses.

Again it doesn't make much sense how Marcus Williams could possibly help the team this much, because when you look at the Grizzlies's offensive, defensive efficiency splits with Marcus Williams on and off the court, they're not exactly fantastic. When Williams is in the Grizzlies score almost 7 points less per 100 possessions, which is a huge difference, though they do make up for that by giving up about 2 point less per 100 possessions.

Why? Probably because the Grizzlies shoot 2% worse with Marcus Williams in despite having far more assists, but mostly because they average a staggering -4 in turnover differential per 48 minutes. Basically, with Marcus Williams in instead of Mike Conley and, to a lesser extent Jamaal Tinsley, the Grizzlies turn the ball over 2 times extra and get 2 less turnovers. So much for all that gambling.

So somehow in 20 games Marcus Williams has managed to play pretty horribly by nearly every personal metric, yet the units he has played in appear to be winners. Does it make any sense? No, it doesn't.

But neither does trying to steal the ball at half-court every play, does it?