Times are tough for me right now. I understand that being a Grizzlies fan has never been easy for all you stalwarts in Vancouver, but now might be the most difficult time of all. You see I'm from the Cleveland area and am fortunate enough to witness one lucky draft pick turn a destitute, perennially losing franchise into the talk of the Association and championship contender. The only problem is it's not my team. The Memphis Grizzlies are my team. 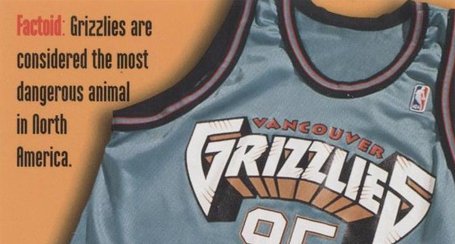 And you can catch both my history and my introduction after the jump. Grizzlies fans, feel free to introduce yourselves in the comments section too:

To give everyone some history, when I was just a boy in the 90's it was a terrible time to be a sports fan in Cleveland. The Browns had been ripped from me while I was practically in the crib, and the Cavaliers were the image of squalor. Coming off a team that just couldn't quite beat Jordan, the Cavs were almost constantly both terrible and terrible to watch. I was a younger and wiser back then, and hated it that Ricky Davis shot on his own hoop. To this day I'm not sure how my friends ever managed to survive the blue-and-orange era to emerge in awe of the King James explosion.

On the other hand, the 90's were an excellent era for puffy windbreakers and sharply colored marshmallow coats, so instead of the Browns and Cavaliers I embraced the Jaguars and Grizzlies. Not only were their logos incredibly over-the-top intense, but they were expansion teams so nobody else had their schwag. At age 10 I was already living the on cutting edge of fandom. Screw tradition, my traditions were stolen away to Baltimore and eliminated by Michael Jordan. Even before either of my new teams had made the playoffs, I had their pennants. I wanted the teal and the mean-ass looking animals. Eat your heart out Andre Miller; I'm with Mike Bibby now. 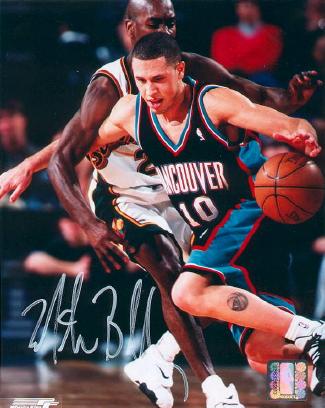 But as I got older the Browns moved back to Cleveland, so the Jaguars were out. And more importantly the NBA was beginning to rebound from the nuclear winter that was Jordan's retirement. Around Y2K there was a time of incredible parity and plenty of flawed, but incredibly intriguing stars. I entered a state of liberated fandom and absorbed every bit of basketball knowledge I could, watching every game that showed up on national television. In pickup games I would quote Iverson and wag my finger like Dikembe one week, spotting up for big man threes like Sheed the next. Why love the Grizzlies when I couldn't even watch them night in and night out like everyone else?

And while I might not have been a Grizzlies fan for those few years, in fact I was pretty embarrassed of my old puffy jackets, I gained a perspective on the game that I cherish. I came to understand Larry Brown's "Right Way," and the JailBlazer's incredibly wrong way. I watched every move of the holy trinity of Jordan replacements, Carter, McGrady, Bryant, and learned that Jordan could never be replaced. In short I lived every moment of NBA's new millennium.

I don't remember the exact moment that led me back to the Grizzlies, but it was second nature to return to my mother bear. A classic coming-of-age story, I left and returned humbled by the sheer enormity of the rest of the NBA world. There is no comfort in cheering for a different team every night. So while I'm still very much a student of the game and like to think I remain quite knowledgeable about every team in the Association, my heart is back in Memphis. 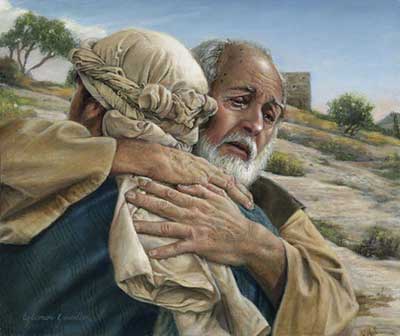 So what can you expect from my Memphis Grizzlies blog? Specifically you can expect a few things on the column level. First, I like to write in series. Secondly, I like to write recurring pieces, say a Sunday article on the NBA at large or Wednesday pop-quizzes that evaluate various Grizzlies player's performances that week. Those ideas will start rolling out later this week I'm sure, and I'm not going to keep running unpopular series. I like to use advanced statistics but never rely on them, and typically abhor your run-of-the-mill standard statistics. I'll be doing some arm-chair GM'ing, some FreeDarko-esque basketball vision quests, and also plenty of insightful analysis. You'll find a bunch of stuff from my old site on here, feel free to peruse archives.

Most importantly, however, I intend to really foster a strong community. I'm alone as a Grizzlies fan in life, so I'll be building my support group here. I deeply love a good argument, and believe it is possible to hold one on the internet. I hope to be useful moderator for these discussions because, as someone who has devoured the league for the past few years, I have a realist's view of what's possible in the Association for the Grizzlies in a given time frame. When the Grizzlies make moves I don't like, whether it is on a historic grudge, hunch, or for real basketball reasons, I'm going to state my opinion and not pull punches. Being a fan isn't the same as being a lemming, and I'll encourage the community to act similarly. Don't listen to me because of commentator clout; listen to me when and if I can convince you to listen. Then tell all your friends.

Because, sadly, mine only really care about LeBron.