I think I'd like to get this over with quick. Sorry Nets fans, but as much as you might dislike Vince Carter, trading him isn't going to make the Nets any better this year. The Nets were basically only acceptable last year because they had two players who could really create, which overcame most of the problems young teams have, namely moving the ball effectively. Life won't be so simple this year.

Just how bad are things going to get? Probably kind of bad. I count three proven NBA starters, not counting Courtney Lee's timeshare for the Magic. That's not a good sign, especially when two of them are both small scoring guards. Just how bad can you possibly be in the East? Follow me over the jump for the answer.

At this point the Nets roster is a bit funky. It's brimming with both high-risk, high-potential players and players who have, essentially, already proven that they will never live up to their promise. Most of these high-potential guys will probably never amount to much, but each has to be terrified seeing their dark future next to them on the bench. Chris Douglas-Roberts, meet your new mentor, his name is Bobby Simmons. Early reports say that Terrence Williams can play like a superstar, but, to paraphrase a past conversation with Shoals, it remains to be seen if he'll blossom into a smaller Lamar Odom or never develop a niche and be squandered as a smaller Lamar Odom.

Of course Devin Harris and Brook Lopez are trapped in the insanity. They're the protons and neutrons of this squad, desperately trying to rein in the eclectic cast that surrounds them. These two players are definitely a solid core, one which Courtney Lee will nicely complement--though it remains to be seen how useful Lee will be in a larger role, especially since he often looked overwhelmed in the playoffs. Devin will likely shoulder an even greater offensive load, which I fear might break him forever, and Brook if going to need to be a viable isolation option on offense.

By the way Yi Jianlin and Sean Williams will account for the biggest hole at any single position in the entire league.

Breakout- Terrence Williams: I love Terrence Williams as a last pick in a fantasy draft. The Nets will keep him on the floor for his defense, and he should contribute a nice number of steals, rebounds, and even blocks from the shooting guard position. While his shooting and scoring might hurt you compared to other options left on the board, there is a good chance that he'll contribute enough in the all-around game to give you a boost. 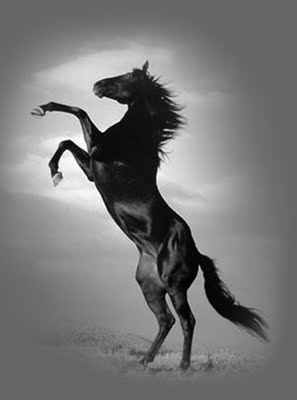 "If Blake Griffin didn't exist, this would be Terrence"

Bust- Brook Lopez: Here I'd be very wary of falling into the Al Horford trap, that is drafting him too high expecting significant statistical growth in the sophomore year. I know that Lopez plays at a very thin position. There are never enough centers in fantasy basketball. But ESPN ranks Lopez as the fifth most valuable center, and 36th most valuable player overall. I'd be very concerned drafting him this high, not because he doesn't have a shot at it, but because you could probably get a guy like Horford, Bynum, or Bogut at least four rounds later--I'd argue that all three have just as much upside.

Useful- Devin Harris: Sorry Skip, Lee, and Yi, but this isn't going to be your year. Besides the two guys above, Devin Harris is going to be the only other Nets player worth targeting in your draft. ESPN has him ranked at 31, though I predict he'll drop into the late third in most drafts. That's good value, because Harris might be putting up Gilbert Arenas-like numbers this season. I'd also like to note that I loved Harris last year because he got off to a very hot start, and I'm a notorious sell-high trader.

Another case where I'm relatively close to ESPN. This team did win 34 games last season, and I'd say Vince is worth quite a bit more than Courtney Lee. Even keeping in mind the improvements their youth should make, this team has the potential to be abhorrent. Their bench is better than most non-playoff teams, but they only have two impact starters. I love Terrence Williams, but I think he takes a couple years before he actually helps his team, as opposed to being an impressive oddity, a la Russel Westbrook.

But you get LeBron and Boozer to fill all those gaps next season. Buy your season tickets now, right?