The Rockets sure are a scrappy bunch, aren't they? In the playoffs they dismantled the Trail Blazers, lost Yao early in the Lakers series, then played like Chuck Hayes and Yao Ming were players of roughly equal value. Their brand of basketball really doesn't look that different from anyone else's, but somehow they get completely different results.

I've heard that they collect defensively minded, high-efficiency players. It's apparently a revolutionary strategy by Daryl Morey, their statistic minded general manager. But since when is it revolutionary to want players who score more often on less shots, or players who play solid defense?

My point is, I don't buy it that Morey's Rockets are somehow fundamentally different then any other basketball team. The Golden State Warriors are different and you can see it. The Knicks definitely play a different style of ball, and it's clear when you watch. When I watched the Rockets last season they looked more atypical with Yao then without him in Daryl Morey straight-hustle-mode. To learn what that means, click over the jump.

So the bulk of the homecourt defender corps are back for the Rockets, that's definitely a good sign. Luis Scola is a remarkably solid player, though I'm not sure if he's quite the talent that metric stats tell you he is. If he is more heavily featured in the offense his efficiency should drop significantly. Aaron Brooks is also solid, but he isn't Tony Parker. The kid needs to get more assists before he lives up to the hype. Shane Battier is, of course, Shane Battier. There is no reason to think that he won't remain as respectable as ever.

An outside note: Can people stop acting like the Rockets were the first team to figure out that Battier was valuable? The Grizzlies signed him to the big contract, and traded him for Rudy Gay, who had enormous hype. That New York Times article didn't discover Battier, the Grizzlies did.

Of course the Rockets offseason also had significant turnover. Ron Artest was essentially traded for Trevor Ariza, Yao Ming had surgery that has him out for the season, and Tracy McGrady either is or isn't playing. Alright that's nothing new for McGrady, but the other news were pretty big when they hit. Count me among those who believe Ariza is an upgrade for the Rockets and Artest is an upgrade for the Lakers. While Chuck Hayes looked like an able backup for Yao Ming against the Lakers, the center position is a major void for the Rockets, and it probably will be for the bulk of the season. Feed me the company line that the Rockets are a different type of team and don't need a traditional center. Wait through this season and then try to tell me that again. Try it. 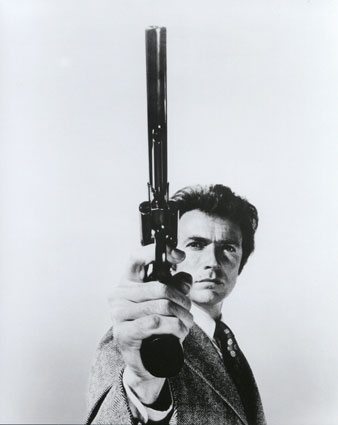 Their bench is sound. Former Grizzly Kyle Lowry can play, though his range is very limited. David Anderson might be decent. Carl Landry is a limited minutes superstar, but I'm not sure if he'll be so effective without Yao around to demand double-teams on the boards. Their draft picks probably won't make much of an impact, and probably won't fill the bench-scorer void left by Von Wafer's departure. While that's a worry, this team isn't about scoring, it's about not scoring.

Breakout: Tracy McGrady- Oh my gosh, the crux of the article! In the fantasy section! The Big Sleep is going to go nuts this season. You didn't hear it here first, but I'll show you where you did hear it first. The man's only 30, and sounds like he's in the best shape of his life. Look ESPN has him ranked 36th this season--36th in shooting guards. There was a time not that long ago when he was a top ten player. Draft him late with absolutely no fear, you're going to drop somebody sooner or later anyhow. With nobody else around to take shots for the Rockets, I give Tracy at least 20 points, 5 boards, 5 assists, and decent three pointers. Those numbers could really help you, even if he only plays around 60 games.

Bust: The Rockets- Don't draft them. They don't score enough. Count me among those who believe Aaron Brooks, Trevor Ariza, and Luis Scola won't average more than 15 points, which is really going to hurt you, particularly in leagues that count both FGM and points, which is how you should be playing. Even in other leagues, the Rockets just don't have much to offer in fantasy this season. If Scola blocked shots, maybe, but he doesn't, so why wouldn't I draft Zach Randolph instead?

So is it going to be that much of a problem that the Rockets don't have to win with, to get lame for a second, rocket science? No. Tracy McGrady is going to give this team plenty of superstar scoring to pair with their set of guys who will go out and get their 10 to 20 a night in the flow of the game. They'll play great defense and play smart under coach Rick Adelman, who will win Coach of the Year.

The hole at center will be a problem, but not a huge one, because I think the Rockets are going to be dealing for one at some point this season. Maybe a certain backup center they coveted installing in their starting role? Maybe somebody else. Either way if McGrady can keep this team afloat, trying to play for both a final contract and relevance, GM Daryl Morey will prove his worth by providing them with the pieces to make a reasonable, if unspectacular and fairly mundane, season.

Visit The Dream Shake for all your Rockets needs!