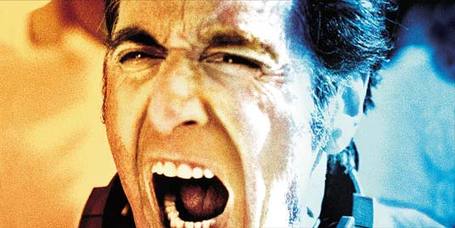 Grizzlies fans were elated when their team got to the .500 mark for the first time.

Tonight they've got to be terrified that this team might lose that mark at home. The Los Angeles Clippers are possibly the hottest team in the Association right now, winners of five straight, and the Grizzlies have two starters that are probably chilling in the trainer's room right now.

And it's not like the Grizzlies match up well against the Clippers in the first place. The Clips's Chris Kaman and Marcus Camby are probably the only pair of bigs in the league that match up on the boards against Marc Gasol and Zach Randolph. Baron Davis is back on his "fear the beard" and Eric Gordon might be the only young player with a sweeter looking stroke than O.J. Mayo.

Those matchups are all going to be tough for the Grizzlies, who are looking to get their sixth straight home win, but get over the jump for a taste of optimism.

Fortunately the Grizzlies have a few things working for them. They haven't played for a few days and won't play again for a few more, so the starters will be able to go big minutes.

That means they won't have to rely on Sam Young, though he certainly could go off against either Rasual Butler or Al Thornton, who are pretty terrible defenders. If Sam Young can score off you, then you know Rudy Gay can too, so it'll be nice to see if he can get out of his protracted slump.

Having the home court advantage will also be a huge benefit. The Grizzlies play much better at home, just like about every young team in the history of the NBA, and the Clippers aren't exactly superstars on the road at 5-10. The Grizz won their other home matchup against them back in November.

I know it's only the middle of the January, not even close to the All-Star break, but he's a quite right. This game isn't "must win" in a literal sink-or-swim sense, but the Grizzlies need to split this series against a team that's quickly rising to become yet another contender for the 8th seed in the West.