FedEx Forum Evacuated Due to Flooding

Share All sharing options for: FedEx Forum Evacuated Due to Flooding 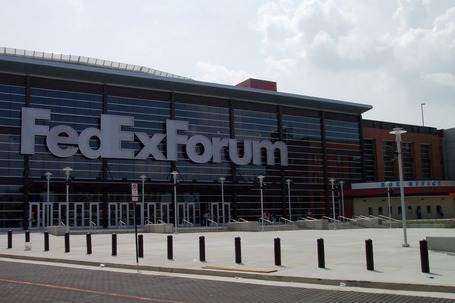 This was completely underwater.

Tonight's game between the Clippers and Grizzlies was halted as the jumbotron warned that everyone must evacuate the FedEx Forum immediately.

Most assumed that the warning was due to a fire alarm, but initially nobody had any clue just what was happening. Staff appeared to give no indication of the problem to fans, but Fox Memphis quickly discovered and reported that the evacuation was due to a burst pipe flooding sections of the Forum.

The game was continued within just about half an hour, and there is currently no word on damages, though there wouldn't appear to be any long-term concerns.

League officials considered relocating the game to Oklahoma City, but were unable to because there is now a permanent franchise in place.