Making the Trade: Part I

Share All sharing options for: Making the Trade: Part I 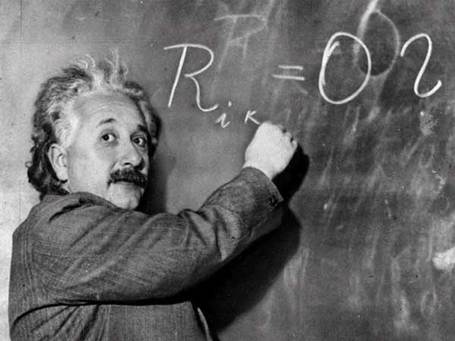 The Memphis Grizzlies are actively seeking trades, that's just a fact. Yesterday I noted in one of the comment sections that I thought it was highly likely that the Grizzlies might look to improve by trading one of their extra first-round draft selections for a quality player to come off the bench.

Turns out that, according to the Memphis Commercial Appeal, Chris Wallace pretty much agrees, though there are some clear stipulations in place, namely:

The Griz will not take a player whose deal extends beyond this season if they indeed consummate a deal. Although they are willing to trade draft picks because of the team's youth, the Griz are not offering their own 2010 selection.

Over the jump you're going to see a whole bunch of speculation on possible trades. Keep in mind that these are not even rumors, they're just straight armchair general managing. I have no connections or inside knowledge, though if I did I'm sure I'd forward this list to Michael Heisley and Chris Wallace just about every day.

Before we get to the deals, lets take a quick look at the Memphis Grizzlies depth chart and minute distribution:

Clearly the Grizzlies aren't lacking at the center position, I'd argue that Hamed Haddadi is a quite capable backup center, and they have 4 players that are at least 7 foot tall. Somebody has to be interested in that.

The Grizzlies clear disadvantage is at the swingman position (SG/SF) where Rudy Gay and O.J. Mayo are forced to play huge minutes because Sam Young just isn't incredibly trustworthy at this point. Don't get me wrong, Sam has been great at times, but relying on him as the primary bench scorer is over-working the starters.

Another position that could, potentially, use some improvement is the combo-forward spot. DeMarre Carroll does significantly less with his minutes than Sam Young. Now, I understand that Carroll is hustle player not suited to big scoring, but he's also not a particularly good defender at either position. I'd argue that just playing hard shouldn't be enough to earn you 14 minutes a night, there needs to be production or defensive impact as well.

Finally, a third option is finding a dedicated shooting guard, pushing Sam Young to filling in solely at the small forward spot and sticking DeMarre Carroll behind Zach Randolph. (The Nate Robinson trade would, theoretically, have made this happen.) I'm not a huge fan of this option because it would force the Coach Hollins to place Young and Carroll in permanent positions, which I don't believe would be helpful since both are undersized to defend either of those spots.

Finally, it's clear that the sub the Grizzlies trade for would ideally be able to both defend consistently and hit the three-pointer. Those are, obviously, Memphis's two biggest weaknesses, and a sub that could shore up both would obviously be the best option.

Why, Why Not, Grizzlies: Provides a defensive minded backup to hopefully get Zach Randolph down to around 34 minutes per game and provide impact defense without losing much rebounding. You don't miss Steven Hunter. Tyrus Thomas and Rudy Gay would put on a show. Also TT's ridiculous-upside might come cheap in RFA next summer because he's a bonehead, plus he's expiring if things take turn for worst.

On the other hand, Tyrus kind of duplicates Darrell Arthur's skills in a slightly better but stupider package. And taking Tyrus into RFA would require a decent sized cap-hold, which could restrict spending next summer.

Why, Why Not, Bulls: The Nuggets pick is obviously the big piece here. The Bulls could probably draft a player nearly as productive as Thomas for about a quarter of the price, which will be helpful when they try to court a maximum contract free agent next summer. Plus Tyrus probably needs a fresh start.

Still neither James Johnson nor Taj Gibson is ready to be a full-time starter, though Brad Miller and Joakim Noah could probably play together. Also they'd clearly prefer to trade Kirk Hinrich in this situation. Finally, I'm not sure the Bulls are quite ready to give up on this season.

Chances: Bulls probably decline this one, unless Memphis packaged a significant second piece, like the Lakers pick. Not sure Memphis is wiling to do that for a half year of Tyrus Thomas.

Why, Why Not, Grizzlies: Jason Kapono can knock down the three-point shot.

The only problem is that Jason Kapono can't do anything else, literally, he does nothing else.

Why, Why Not, 76ers: I don't see any reason why they wouldn't. Kapono barely plays, it'd save them $2 million, and they've got to draft an impact player since they're bootstrapped by the Elton Brand contract.

Chances: Memphis looks long and hard at this one, but I don't think that Kapono is the impact player they're looking for. Other targets (Nate Robinson and Von Wafer) would suggest they want someone who can create their own offense off the dribble.

Why, Why Not, Grizzlies: Randy Foye is a fantastic fit behind O.J. Mayo, since they have somewhat similar games. You have to like Foye's ability to make a huge impact on the game when he's hot, as he showed in Minnesota, and his defense is pretty respectable. Adds the three-point shooting that Sam Young doesn't bring to the table.

But I'm not sure that Foye could carve out quite enough minutes, though a tandem combo-guard backcourt of Mayo and Foye would certainly be an interesting prospect.

Why, Why Not, Wizards: With two of their other point guards about to, potentially, see season long suspensions, Marcus Williams would be a nice fill-in for the year. Most importantly, however, the Wizards savings of around $2.8 million would double to over $5 million because of the luxury tax. It's not the impact move they're looking to make, but it's an alright start.

But Foye does seem to be the fit to replace Arenas while he's, potentially, out of the league, and the Wizards definitely have much bigger stuff to deal with than this.

Chances: Ownership from Washington would love this trade, it screams of the Maynor deal that saved the Jazz millions without moving any of their major contracts, but I'm not sure that the management is creative enough to step away from the offers for Caron Butler and Antwan Jamison. But if the offer was out their, I'd like it's chances to get passed by both teams and help the Grizzlies.

As the trade deadline begins to close in, expect the Grizzlies to become more and more active, and also expect to see more and more installations of 'Making the Trade.' I'll probably post 3 more deals every week or so, maybe twice this week, until the Grizz make their move.

Hit up the comments with any of your ideas, trying to use the formula laid out here. If I see any good ones, then I'll be sure to promote them up into the next part of the series.