Share All sharing options for: Making the Trade: Part II 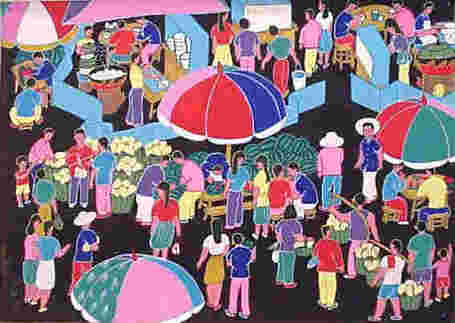 In "Making the Trade: Part I" we established that the Grizzlies are, in fact, probably intending to make a trade to add some veteran support to their mostly-rookie bench.

Now whether or not the Grizzlies should even want to make a trade to hopefully push this franchise back into the playoffs is a point of discussion. But that discussion is going on somewhere else.

This is a thread about trades, namely completely fake trade ideas that I'm pitching from the dome, that the Grizzlies could explore based on a few simple rules previously established by GM Chris Wallace:

The Griz will not take a player whose deal extends beyond this season if they indeed consummate a deal. Although they are willing to trade draft picks because of the team's youth, the Griz are not offering their own 2010 selection.

So get over the jump for three more possible deals, and I promise there won't be any Jason Kapono fillers around this time (trading for Kapono got only 16 votes in the original thread).

And remember that, as we established in the first thread, the Grizzlies are most likely looking for either a swingman (SG/SF) or combo forward (SF/PF) who can shoot at least out to mid-range. A three-point shooter would, quite honestly, be preferable. The Grizz are last in the league in three-point shooting, and Mayo could definitely use some help out on the perimeter.

So without further ado, here are the three trades I set on Heisley's desk this morning:

Why, Why Not, Grizzlies: Anthony Morrow is a sort of enigma. He creeps around on the outside and absolutely rips the net from deep, but his value is either immensely bolstered or completely destroyed, along with his confidence, by playing for Don Nelson. He will help the Grizzlies make three-pointers, but whether he'll help them win or not is a completely different question.

Why, Why Not, Warriors: The Warriors have a tendency to claim that their entire team is on the block, but generally are only willing to trade their best players (Jamal Crawford and Stephen Jackson) without getting much immediate value in return. They have to like the Nuggets pick, but getting 3 inches smaller would be a major concern.

Chances: I don't think that the Warriors take this one without at least another pick involved, and Morrow is too risky to give up two draft choices for, even late first rounders. Don Nelson is crazy though, so there's always a chance he'd include Anthony Randolph and spit in his hand before he shakes.

Why, Why Not, Grizzlies: The Grizzlies don't really need that pick, and the Nuggets are reportedly shopping for a big man. Swapping Afflalo for Haddadi would restrict the cap a bit, but Afflalo is an awesome deal at only around $1 million this season and $2 million next. He'd give the Grizzlies defense, shooting, a larger guard to match up against the big shooting guards that shoot right over O.J. Simply put, this deal would be ideal.

Why, Why Not, Denver: Does Denver need a big man this bad? How bad would it hurt their team? Well it might not hurt at all, but they'd have to be prepared to move J.R. Smith into the starting lineup, which is a move Coach Karl has long been hesitant to make. Even without Afflalo, though, Chauncey Billups, J.R. Smith, Anthony Carter and Ty Lawson could easily still be one of the better backcourts in the NBA. I'm not how much longer, if you're Denver, you can afford to rely on Kenyon Martin and Nene's health, because Chris Andersen and Malik Allen are not exactly championship material.

Chances: Hot Potato! Getting that pick back would be a nice way to improve on the cheap next year, but it's actually feasible that Denver might not do this deal out of defense, because adding Afflalo to the Grizzlies would significantly strengthen another player in the West. I'd say the chances are poor, but possible.

Deal #3: Antoine Wright from the Toronto Raptors for the Jerry Stackhouse contract, Lakers 1st Round Pick

Why, Why Not, Grizzlies: Well Antoine Wright can play defense, kind of, and he can get to the rim and look mean as hell. Unfortunately he likes to shoot, which he doesn't do very effectively, and doesn't really pass. Still Dallas proved that you can succeed with him as a major contributor, and he is tough.

Why, Why Not, Toronto: Why not? You're really, really terrified of what will happen to record if you start DeMar DeRozan or a Jarrett Jack and Jose Calderon backcourt. Those fears are perfectly well founded.

Chances: Neither team likes this deal, but I wasn't feeling creative enough to try a whole lot harder to think of much better than this one. So I'd say the chances are slim to none, although Antoine could contribute if Lionel Hollins got him to stay close to the rim like Rudy Gay and Zach Randolph.