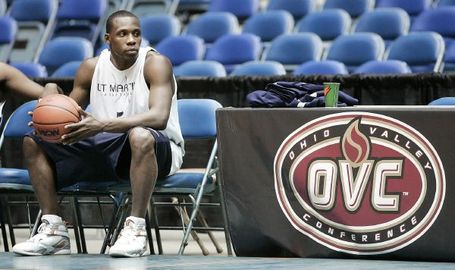 From the official press release on the Grizzlies web site:

Hudson's claim to fame is, for the most part, his athleticism. He's a high flyer and rather quick, both with the basketball and without it. His quickness, strength, and explosiveness probably serve him best on the defensive end, though. In college at the University of Tennessee-Martin he put up gaudy numbers, but especially gaudy steals. According to DraftExpress Hudson was one of the better one-on-one defenders in all of college ball last season, albeit normally against weak competition.

On the down-side, however, Hudson's game is more than a little bit unpolished. He's got lots of tools, but his decision-making isn't exactly NBA-ready. Unsurprisingly he failed to crack the rotation in Boston, who's one of the most polished teams in the league, for just that reason.

Even though he's 25 years old, there's lots of room for Hudson to grow because his shortcomings are mostly mental. As he figures out the game at the NBA speed, he'll begin to be able to apply all those fantastic tools. His pull-up jumper, in particular, is probably one of best you could find in this rookie class.

I'd predict though, that this native-son isn't going to be the solution to this year's bench-scoring problem. While getting more run than he did in Boston will certainly help, and moving home might too, Hudson's honestly would probably be better served spending a year in D-League.

But building up the rapport now might not be such a bad idea. If Hudson can survive on the end of the bench for a season or two he certainly has the potential to be a useful, cheap piece for an NBA team down the road. I'd compare his game to Shannon Brown or, perhaps, a tougher Flip Murray. To my eyes, his game is, in a way, a much better fit for the Allen Iverson, Stephon Marbury, Steve Francis era of guards than today's with the hand-checking rules.

To leave you with the wisest wisdom, the words of GM Chris Wallace:

"We are excited to acquire Lester Hudson off waivers," Wallace said. "Lester is a player we thought of highly in the pre-draft process. He earned favorable reviews for his performance during his brief time with the Celtics. He is an athletic, tough combo guard who was one of the most prolific scorers in college basketball over his two years at the University of Tennessee at Martin. It is a wonderful day for the Grizzlies to be able to bring this Memphian back home to continue his NBA career."