Paying For or Overpaying For Rudy Gay in Free Agency

Share All sharing options for: Paying For or Overpaying For Rudy Gay in Free Agency

The National Basketball Association has lots of issues to work out with salaries. The red ink in just about every team's balance sheet makes that fact clear.

But until the new CBA gets negotiated, owners have to work within the framework their given. And that framework usually means "overpaying" players for their production.

Out of those guys -- and I'm hardly cherrypicking here, I didn't even include the Elton Brand deal -- how many of those guys are worth the price their teams paid for them? Most likely Josh Smith and Ron Artest, and Trevor Ariza probably gets an honorable mention.

General Managers can't just let all their talent leave, though, so clearly we've got a bit of a Catch-22. If you try to pay guys relative to their market price, you're probably overpaying. If you don't pay guys, then you're permanently losing.

There is no perfect solution to this problem, but Michael Heisley and Chris Wallace are going to have to do their best this offseason to balance talent and value. We don't know what the brass will do, but here's the word around the SB Nation cooler -- closing with my definitive take on Rudy Gay's free agency.

I asked the guys around SBN Basketball about their takes on which free agents stood to be the most overpaid this summer, especially looking at the guys who certainly have the opportunity to get maximum contracts like Rudy Gay.

That list included Rudy, Carlos Boozer, Amare Stoudemire, Joe Johnson, Dirk Nowitzki, and Yao Ming. David Lee is probably a notable exception from this list, although I'd be stunned if he got a max contract offer, he certainly could find himself making more than Yao or Rudy next year. LeBron James, Dwyane Wade, and Chris Bosh are out of the discussion because its almost impossible they'll end up under max money.

Seth Pollack, manager of all SBN Basketball blogs and head of Bright Side of the Sun, threw his hat in first. He ranked these guys: Amare, Dirk, JJ, Boozer, Rudy, then Yao, with these notable points:

Rudy Gay - Very nice player but I am not sold. He's not a great leader, ball handler, passer or defender. Basically, he's a great shooter and dunker, which doesn't a max player make [...]

And why isn't Channing Frye in the discussion for likely to be overpaid? He is opting out and will surely be looking for a big contract. If Bargnani and Okur can get $8 to $10m per year you know Channing will want similar scratch.

Again, a good point that with all this cap space everyone stands to be significantly overpaid, which brings the question: Which is a bigger mistake, locking down Ronnie Brewer at $6-8 million a year or Rudy Gay for $14-16 million a year? All value is relative, I think that's something called economics, right?

Andrew Sharp counters with this nugget of wisdom:

Rudy Gay isn't worth a max deal, but I can see why a team might take the risk with something close to the max. He's still young, and he hasn't played with a reliable veteran for pretty much his entire career. A more stable supporting cast MIGHT do wonders for him. Whoever signs him this summer will probably overpay, but he's got a better chance to give a reasonable return on that kind of investment than JJ or Boozer [...]

It's probably better to bide your time with more reasonable guys like Matt Barnes, Udonis Haslem, Travis Outlaw, etc. You may have to overpay for those guys, too, just because life is unfair, but at least you won't be completely tethered to a depressing, overconfident, injury-prone albatross like Gil.

Of course, the worry here is that you can only bide your time so long. How many more Travis Outlaw level starters will Grizzlies fans suffer until attendance hits 0? 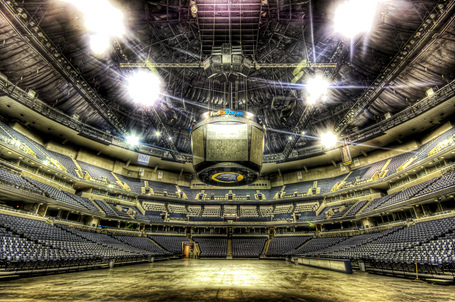 BlazersEdge's Dave Deckard, who's now well-versed in NBA extensions with Brandon Roy and Aldridge getting re-upped recently, pitched in this, getting at that new CBA I alluded to in the opening:

The new CBA looming may affect overspending. One of the most contentious bargaining chips will be whether current contracts are grandfathered in or, as the owners wish, they are re-done to fit the new rules. The owners expect to win that battle but I suspect it'll be one of the final bastions the players defend. If there's any shot they'll have to honor those contracts they have to be VERY careful who they spend on. Overpayment in the current system might be considered 50% or so. That same contract in the new system could be overpaid by 100% or more. Couple that with a harder cap and you could be married to a roster-sinking contract for a long time.

Players like Rudy Gay, or Andre Iguodala, or LaMarcus Aldridge, or any number of young studs who are great pieces but terrible keystones are probably going to see their contracts taking the biggest hits in the new CBA. The owners are going to be looking for a system where its nearly impossible to give a non-franchise player money like he is the future, because, quite honestly, its these guys that don't put fans in seats but keep costs high.

And lets be completely clear: Rudy Gay is never going to be a top 10 player in the NBA, and he's probably never even going to sneak into the top 25.

Top 50? Maybe. I put him there, some people probably don't, citing a lack of success, but top 50 doesn't mean anything. Who buys season tickets to watch Gerald Wallace, and how far can Gerald Wallace take the Bobcats in the playoffs without ever adding a better player?

Even though Rudy Gay has shown commitment to improving these past two summers, he's probably not improving a to the level of a true star in the current Grizzlies system and lineup. His efficiency will continue to rise in the half-court, but within three years he'll probably be far less electric on the break. 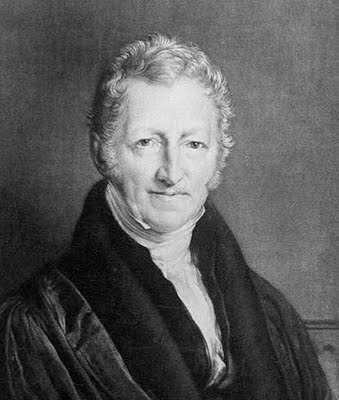 Sounds like a bleak prognosis, no? To change the pace let's tell the story of a player's young career, and add in some of their statistics for good measure:

This player was drafted in the lottery from a successful college team, but a team that was ultimately less successful then expected. He had an impact in his second year in the league, and broke out in his third year, with his team being far more successful then ever before.

He played huge minutes and averaged around 25 points per game, though he never shot over 45% from the field. His supporting line was also excellent, but not stunning: around 6 boards, 3 assists, 2 steals, and just under 1 block per game.

Over time, however, fans doubted how far their team could ever go with this guy as their star. Some circles wanted him run out of town and both his intensity and will to win were questioned. This did not, however, dismay their general manager from keeping the player and surrounding him with two other veteran stars. 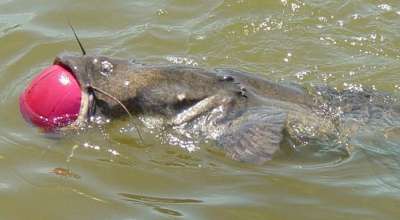 Our mystery player is none other than the Big Catfish

Of course Paul Pierce won an NBA Championship as his team's first option on offense, and is playing for a second ring as I'm writing this.

'The Truth' was probably better than Rudy Gay ever will be, but the similarities are there. Pierce made the playoffs in his third year, while Gay failed to, but, to be completely honest, today's Western Conference and NBA as a whole would go Globetrotters on the 1999-2003 Eastern Conference.

Point being, you don't know whether or not a guy can succeed until you put him in the position to succeed. Paul Pierce never got a shot until 2008. Rudy Gay's never gotten his shot -- this season was the first year he's ever truly shared the court with an All-Star or had all 5 positions filled by legitimate starting players.

And that starting lineup outlived any expectations this season, going +255 over the course of the season. The starter's offensive was one of the most efficient in the league, despite playing enormous minutes, and the poor defense can't be blamed on Rudy.

Rudy Gay will never single-handedly carry a team like Kobe, Durant, LeBron, or Wade, but neither have Paul Pierce, Carmelo Anthony, Joe Johnson, Brandon Roy, or who? Those are just about the only full-size, starting wings I would call unquestionably better than Rudy Gay.

The Grizzlies front office has about 4 pieces to pay in the upcoming seasons: Zach Randolph, Rudy Gay, Marc Gasol, and O.J. Mayo. These are the only players on the roster who's production I wouldn't consider readily replaceable by any means -- draft, trade, mid-level exception.

None of these players, besides Rudy, is going to command a maximum contract under any circumstances. Marc doesn't have the stats, Z-Bo is getting older and is still widely doubted around the market, and if Ben Gordon is massively overpaid at $10 million a year, there's no way OJAM gets over $4 million a year more. Cap-space isn't the problem. 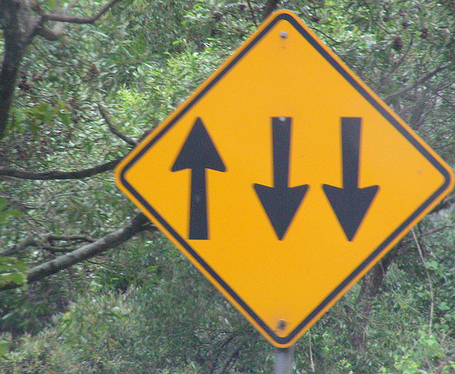 The question isn't whether the Grizzlies can afford to sign Rudy Gay, but whether they can afford not to sign him. If you let your best player walk, what does that say to your fans. Moreover, lets be reminded of Seth's point -- role players can get massively overpaid too. For every Trevor Ariza, Grant Hill, or Matt Barnes, there's seems to be two Reggie Evans', Rasheed Wallace's, or Brandon Bass's.

Successful teams pay big money to get their best players -- they don't save $14 million to pay several role players.

Lets talk San Antonio Spurs, who have long been the image of success despite avoiding the luxury tax. How many $10 million plus players did they let walk because they were too expensive? None. They found their guys, paid them to stay around, and surrounded them with complementary talent on the extremely cheap. The kind of guys they let free weren't like Rudy Gay -- they were like Mike Conley if he comes looking for a payday.

Since Pau Gasol, the Grizzlies have had exactly one draft day that has lived up to expectations, and that was the day they acquired Rudy Gay at the #8 pick. Contrary to some belief, there's just abut no chance a replacement is walking through that door at #12.

Our Grizzlies haven't had much luck in their first 15 season, so lets not give away the first positive momentum in years. Rudy Gay probably doesn't deserve a maximum contract, but he's earned a few years with a team behind him. And I know Memphis's fans deserve to see him stay, they've certainly earned a few years in the playoffs.