Share All sharing options for: Cagefighting: The Ultimate Grizzlies Championship 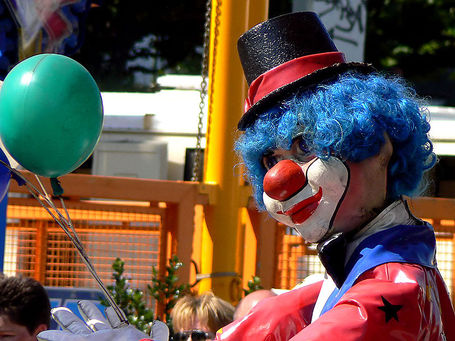 In lieu of this week's "Weekly Wilson," since Chris is on the road working, I've chosen to debut a offseason project near and dear to my heart: The Ultimate Grizzlies Championship.

Spawned from a complete and utter lack of NBA news -- my cable is out right now, so I can't follow Rudy Gay and the national team as closely as I'd like with my reporting standards -- the UGC is truly the summer gimmick post for Memphis Grizzlies fans.

Here's the format: roughly every other day Chris Wilson and I will hold a totally serious, brief debate over such topical questions as:

What is the biggest decoration on Ronald Tillery's desk?

What is O.J. Mayo's favorite book?

Alright, so maybe it's not that serious at all, but it is that time of the year. Anyway, after we each give our responses, there'll always be a poll on the bottom where you can vote on who had the better response. At the end we'll add them all up and there might be a prize or something. Maybe I'll buy Chris a trophy on Ebay, or make him find me a custom vintage "Rudy Gay" Grizzlies uniform.

Coming up tomorrow? Pick out a new mustache for Mike Conley Jr.