I'll be honest, I prefer the spelling moustache. It just looks more dignified.

I'm far from an expert, though, since the most mustache I've ever carried is probably two days worth. Mike Conley Jr. is the king of this court, with one of the most finely groomed, but also totally goofy, 'staches in the Association. I really don't get why he's got it -- probably because he'd look like he's 17 without one, even though he looks like he's 18 with it.

If Little Mikey's ready to take the next step towards manhood, Chris and I have some serious suggestions:

Mike Conley's current mustache is ridiculous. It only adds to my theory that he is a reincarnated Lamont from Sanford and Son. 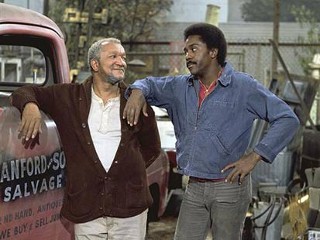 Anyway, he should absolutely grow a new mustache, if not for any other reason to distinguish himself from Lamont. While some people hate Mike Conley to the point they would probably suggest 'the Hitler,' I won't go that far. Mine is a lesser know but still incredible mustache -- fierce, strong, and inspiring hatred. Yes, I'll take John Vukovich's from Major League. Vukovich was a member of the hated Yankees, who were the contstant antagonist of the lovable Cleveland Indians. Check out his monster: 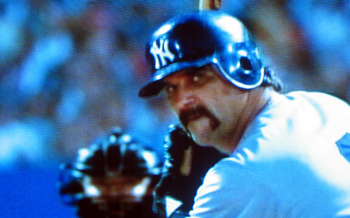 If this doesn't strike fear into our enemies, I don't know what will.

First off, this is probably the hardest question I've faced in weeks, which is alright because I'm gearing back up for the academic life right now. I mean, there are just so many great, great moustaches out there. At first I thought Fu Man Chu, but it's like, Mike doesn't have time to grow that; he's going to be out of the league in three years.

So I'll take the next step down, The Stranger, from The Big Lebowski. Like Mike one day hopes to be, The Stranger is a sage in a peasant's clothes. Also, he closes out one of the greatest films in cinematic history. Mike Conley hopes to be allowed to close a pre-season game by next year.