Again, things are hurting.  It's not looking up in the world of the NBA lockout -  we’re looking at the very real possibility that there will not be a season at all and our beloved Grizz are gonna sit this one out.

Because the only thing we can do without basketball is think about the basketball of the past, us at SoV thought it’d be a fun and challenging thing to attempt to tackle the best in Grizzlies’ history.  This time around, we’re gonna look at the Top 5 Power Forwards in Grizzlies history.

Let’s cut the chatter.  I present to you the highly disputed list of the Top 5 Power Forwards in Grizzlies’ history.

5.  Otis Thorpe – I hate to put him on here, but it was hard arguing with his numbers.  Otis Thorpe is a sore spot for many Grizzlies fans:  before the start of the 1997-98 season, the Pistons dealt Thorpe to the Vancouver Grizzlies for a future first-round draft pick.  The trade came back to stab the Grizzlies in the 2003 NBA Draft Lottery when the Grizzlies would have received the second pick.  Remember who was in that draft class?  The Grizzlies would have had their choice of Darko Milicic, Carmelo Anthony, Chris Bosh, or Dwyane Wade.  Ouch.

Regardless, I like Thorpe.  Though he only played 47 games with the Grizzlies, Thorpe averaged 7.9 total rebounds and 3.4 assists per game – the highest assist per game average in Grizzlies history when it comes to power forwards.  He shot a mediocre .477 field goal percentage, but he averaged 11.2 PPG.  Thorpe was a solid guy to have under the basket, even if it were only for less than a season. 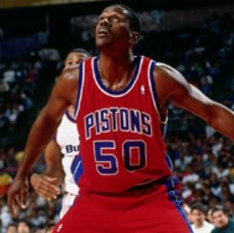 4.  Lorenzen Wright – After being selected seventh overall by the Los Angeles Clippers in 1996 out of the University of Memphis, Wright moved to the Atlanta Hawks in 1999.  He came back to Memphis basketball in 2001, when he was traded to the Memphis Grizzlies.

In 336 games with the Grizzlies, Wright snatched 7.3 rebounds and put up 9.6 points per game.  Wright is number 4 over Thorpe merely because of his long-standing tenure with the Grizzlies from 2001 to 2006.  336 games is a lot of games, considering he started in 263 of them.  He was nothing special, but he was consistent in a time where the franchise needed consistent players.

As we revisit Wright, I thought this would be a chance to again extend condolences and sympathy.  Wright left the home of his ex-wife in Tennessee on July 18, 2010 and was not seen or heard from again.  On July 28, Wright’s body was found in a wooded area and is being investigated as a homicide.  Wright’s body is currently buried in Calvary Cemetery in Memphis, Tennessee. SoV sends out prayers to the Wright family and will always remember the beautiful game of basketball he played. 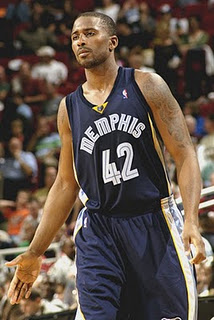 3.  Othella Harrington – I know, I know, he only played one season with the Grizz in 1999-2000.  But he started every single game that season and absolutely dominated in comparison to the other PF’s.  Harrington shot a little over .500 field goal percentage, averaged 6.9 rebounds, and hit 13.1 points per game.  He played 32.6 minutes per game that season while averaging 1.2 assists and 0.71 blocks per game.  Oh, yeah – his rebounds, points, assists, blocks, and minutes per game?  They were all career highs to Harrington’s name.  It was a good move to have him around that year.  Big man Othella (6’9", 235 lbs) was traded to the Knicks on January 30, 2001 for Erick Strickland and two draft picks.

2.  Pau Gasol – As much as you didn’t want to admit it, you knew this was coming.  In his first season with the Grizzlies, Gasol won the Rookie of the year, averaged 17.6 points and 8.9 rebounds per game, and was also the only team member to play in all 82 games that season.  Gasol led the team in scoring (19.0 points per game) in his second year with the team, and, for the second year in a row, played in all 82 games.

And, here it comes.  It hurts to realize it happened, but on February 1, 2008, Gasol was traded to the Lakes along with a 2010 second round draft pick for Kwame Brown, Javaris Crittenton, Aaron McKie, the rights to Marc Gasol, and 2008 and 2010 first round draft picks.  When Gasol departed the Grizzlies, he held twelve franchise records, including games played, minutes played, field goals made and attempted, free throws made and attempted, offensive, defensive, and total rebounds, blocked shots, turnovers, and points. Per game statistics, he leads Memphis in defensive and total rebounds along with blocked shots. 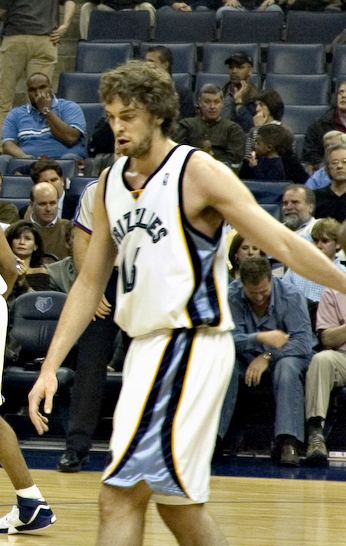 1.       Zach Randolph – Ahhh, Z-Bo.  Come on.  When you began to read this article, you knew he’d be number one.  In 2009, Randolph came to the Grizzlies in exchange for Quentin Richardson.  He was selected for his first NBA All-Star game in 2010 and helped the Grizzlies improve despite failing to make it to the 2010 playoffs.  Zach Randolph, as a member of the Grizzlies, has averaged 11.95 rebounds and 20.45 points per game.  He also hits up 2 assists per game and shoots a little under .500 when it comes to field goal percentage.

Though Pau’s numbers may seem more concrete and solid, anybody who has watched Z-Bo play basketball will say he’s a better power forward player than Pau Gasol.  Never has my mouth dropped as much when it comes to watching a power forward play.  Almost every shot made is followed by a "How on earth did he do that?"

And the absolute kicker over Gasol:  the playoff performance.  Though he’s only seen one playoff season with Memphis, Randolph played 39.6 minutes, shot 22.2 points, and snatched 10.8 rebounds per game.  He came through when it counts:  do I need to remind you of game 6 against San Antonio last year?  Randolph scored 31 points, including 17 in the 4th quarter.  When the team walked to the second round against Oklahoma City, Randolph posted a playoff-career high 34 points as the Grizzlies stunned the Thunder 114-101.  If that’s not enough – how about the San Antonio game when Randolph just kept putting up free throw, after free throw, after free throw, all with the screaming crowd in his face?  He’s a playoff player, and he did it all without standout Grizzlies player Rudy Gay.

Anybody that follows Randolph knows he is a leader.  We are talking about the player that has recently been calling team practices despite the infamous lockout going on right now.  This is the guy that gets players acts together on the court.  Randolph is the leader that the young guys come to when they need advice and pointers.  There is no statistic that can show leadership as much as Randolph lives it.  Because of him, last season would not have been as successful.  Many players put up the numbers, but few take their incredible performance into the locker room with them after the game.  Randolph does just that, and it shows. 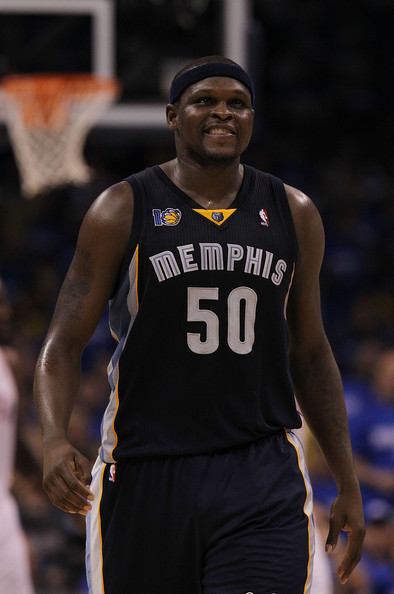