The Beard ain't got nothin on this!

Share All sharing options for: Houston Rockets at Memphis Grizzlies - Game 5 Preview - Start of Something Good

The Rockets have been the hot topic in the NBA because of superstar acquisitions James Harden and Jeremy Lin. The James Harden trade, a shock to the media and fans alike, has proven to be a valuable (but expensive) move for Houston. The Rockets are attempting to start the season 3-0 for the first time in 16 years. I guess that's what a 5 year $80 million dollar contract gets you these days.

We've been on a little roll of our own - since losing a tough one to the Clippers in game 1, we have a chance to equal the club's best start since 2000-01 season.

The win in Milwaukee showed an extremely strong and unselfish Grizzlies team. The season-high (does that mean anything when we're only at game 5?) 28 assists and 108-90 win on the road involved nearly everybody on the team in which 5 Grizzlies players achieved double-digit point totals.

James Harden leads the league with 30.3 points per game, but he struggled in the past two games. I've been following him a bit closer than the average Grizzlies fan - I drafted him with the 35th pick in my fantasy basketball draft.

Expect this to continue - he'll likely be defended by Tony Allen. Against the Bucks, Allen held Monta Ellis to 15 points and 5-18 shooting.

The Rockets have averaged 107 on the road this season and is shooting merely 40.7 percent from the field. However, in large part because of Omer Asik's 14 boards per game, Houston averaging a heavy 50.5 rebounds and 15.0 second-chance points per game.

Though the Rockets have been hot defensively, I gotta be honest - i still don't think they're a match for our big guys down low. Marc Gasol has been downright incredible lately and Zach Randolph is coming off a solid night (18 points, 13 rebounds) behind Mike Conley's season-best 12 assists.

I'd like to see Coach Hollins stick to the formula for the next couple games - keep going to the big men and use the outside threat if necessary. We've got a big next four games coming up, and win tonight is needed.

As usual, game thread will be up and running tonight.

And remember, Fear the Beard. 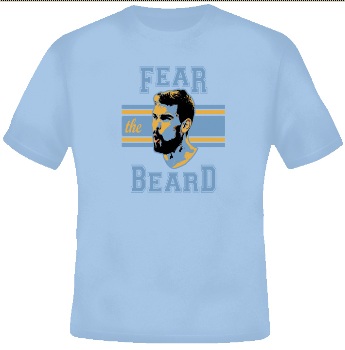 CLICK HERE FOR MEMPHIS GRIZZLIES TICKETS! (As cheap as $3!)