Share All sharing options for: Grizzlies Look To Show No Love To The Houston Rockets In A Valentine's Day Showdown 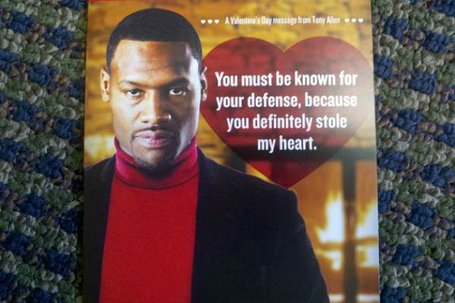 Hey, alright, it's Valentine's Day. And what better way to spend it then with the ones you love -- which, of course is the Grizzlies.

Tonight we look to get on track, not just on offense, but on both ends of the floor against a Houston Rockets team that is 6-9 on the road this season. It's obviously going to be no easy task taking down the Rockets and what will amount to plenty of speed and athleticism, but we do have one slight advantage over them -- we're at home. Sure, the Grizz are just 2-2 on the current home-stand, but we've certainly let the league know that despite a hiccup or two, we're a tough team to beat in our gym. Again, that doesn't mean you just mark this one down as a win, but as long as were able to contain the momentum from the Rockets guard play (throw in the SF position as well, with Chase Budinger, Chandler Parsons, etc.), we should be able to find a way to pull this one out.

The Rockets don't necessarily scare you up front. I mean, Luis Scola is going to get his, but when he gets his you know exactly what "his" is. It's not like you're going to wake up tomorrow morning and see a line of 35 and 15 from Scola. He's just, who he is. Make sense? Kevin Martin and Kyle Lowry, on the other hand... they can combine to go for 50-plus or they can show up and drop a total of 25 points between the two. I fear the former and hope for the latter.

I do think that if we can keep Martin off balance, by way of pushing Tony Allen on him, we should be able to keep this game from, at the very least, getting out of hand. He can do that with his perimeter game. Not to the extent that a Kevin Durant can, but we've seen first-hand that with Martin, sometimes when it rains it pours.

As for the love-fest, well, it is Valentine's Day. So, thanks to the great Chris Vernon, we wanted to share some of the Grizzlies V-Day cards and hope that wearing red might have them seeing red, which in turn will keep them from losing to red. 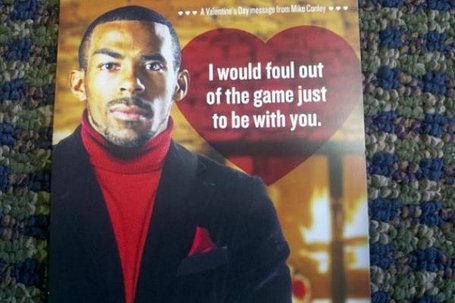 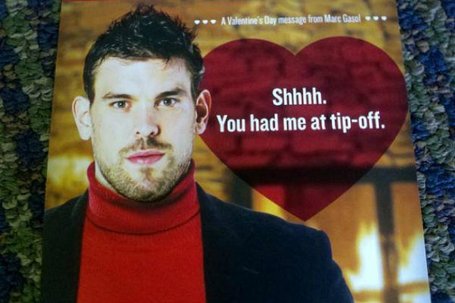 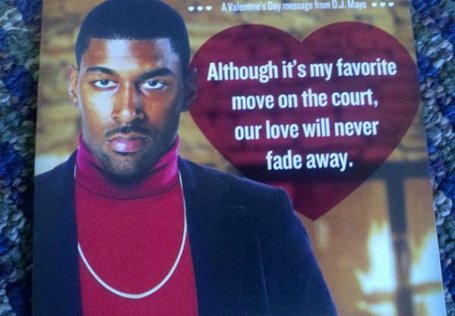 Prediction: The Grizzlies show no love to the Rockets, limiting their perimeter game and dominating the paint. Marc Gasol should be in line for a big game tonight. With that, Grizzlies 99 - Rockets 88