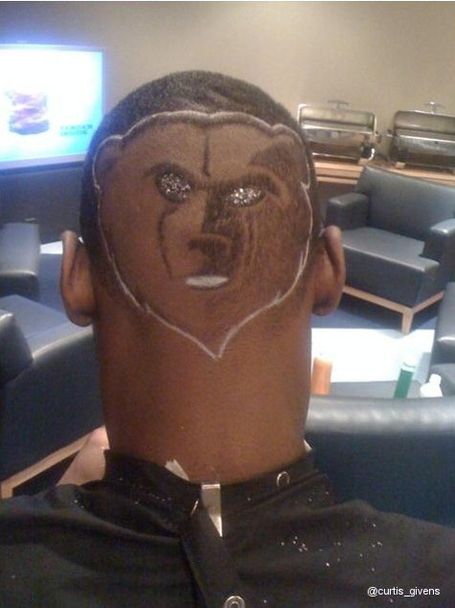 While we ready ourselves for the playoffs, we figured we'd take a bit of a break from the norm and get involved with the Adidas "Great Moments In Grooming" campaign and bring you our favorite moments in Grizzlies facial and dome grooming. Obviously we have to start with the great Grizzlies 'do Tony Allen rocked for a short period of time during last year's playoff run. I mean, this might not only be the best in Grizzlies history, but it might be up there as one of the best cuts in NBA history. Never has a man made glitter look so acceptable.

After the jump, let's take a look at some other great Grizzlies looks! 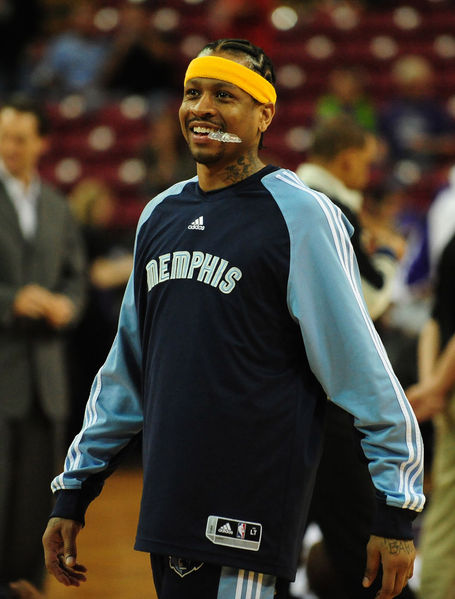 Really, there wasn't anything all that special about Allen Iverson's hair, but it was, in fact, so very Allen Iverson. And for that, when you consider what he meant to our franchise -- in terms of, mess with the Hollins, you get the walking papers -- I think it was pretty memorable and quite important to our franchise. Really, though, when it comes down to it, he rocked the best 'rows in franchise history, which I guess puts him in the Top 5. Right? 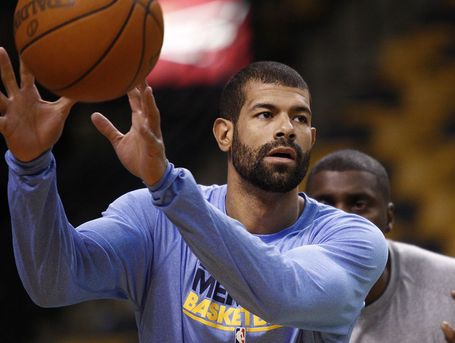 I mean, the dude just looks like a Grizzly bear right here, doesn't he? Talk about embracing a moment. He typically rocks the more clean-cut look, aside from his porn-stache days in Houston, so when Battier went all country Grizz on us, it came as a bit of a surprise. I have to say, this is probably the best Battier look I've seen. So, Battier, if you're reading this, you might want to consider going Grizzly again. Just, think about it.

3. Hamed Haddadi - The "Flavor Saver All Over The Face" 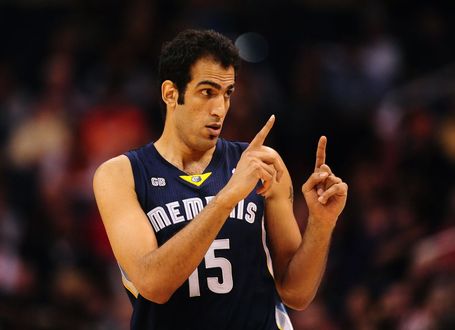 Haddadi went all "beat" on us, rocking the "flavor saver" under the lip. Pretty hip, pretty cool, simply Haddadi. But what strikes you about his who grooming technique is that you know no matter how often this dude shaves (three times a day, maybe?) he always has that 5 o'clock shadow. And the eyebrows. Yes, sir! Talk about saving flavors under the lip. Dude could save entire meals on his eyebrows. Which is fantastic, and typically a big hit among the ladies. 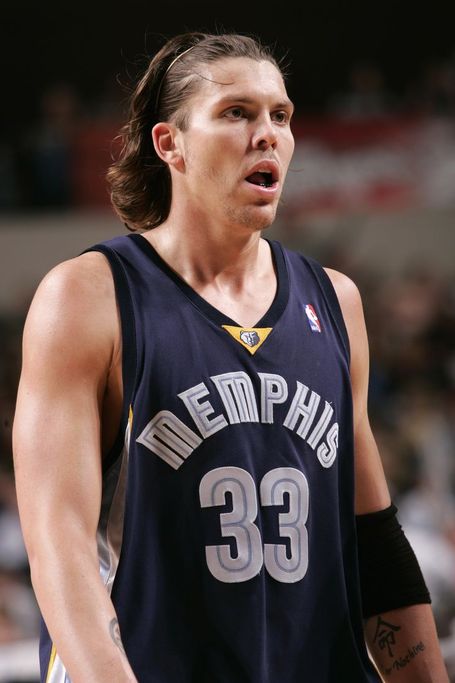 Mike Miller is going all-in here. I imagine that if Elvis Presley were alive back in 2003, on the night of an epic drug binge, he might have tried to seduce Miller. Possibly. Maybe. I mean, that hair is just so pretty. And the elastic band holding it back? Nice touch. For what it's worth, Miller was and may forever be the least Grizzly looking member of the Memphis Grizzlies in the history of Memphis Grizzly grizzleness. 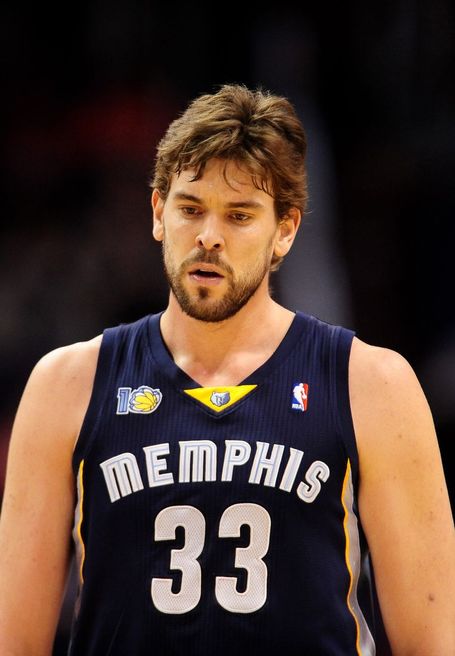 No dude in the NBA looks more like his team mascot than Marc Gasol. Not a one. At least not since Chris Bosh left the Raptors. I mean, if you had to describe the Grizzlies to someone in no words how would you do it? You'd show them a photo of Marc Gasol, right? "Ah, yes, I understand." Game. Set. Match. The dude just looks like a Memphis Grizzly.

So, what do you guys think? Did I miss anyone? Feel free to add them in the comments section!