With a worn down body, will Mike Miller even be able to give the Grizzlies anything this season?

What's Mike Miller got left in the tank? 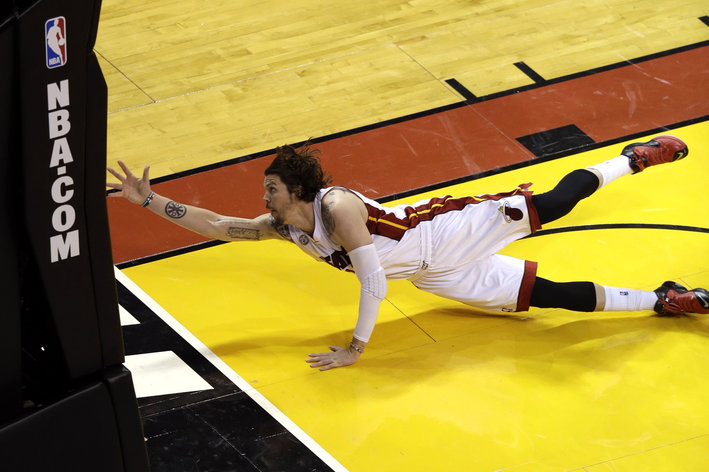 The Grizzlies should be wise in their usage of Miller.

Snap, crackle, pop! As good as Kellogg's Rice Krispies cereal is, those three sounds are the last three Grizzlies fans want to hear coming from Mike Miller's body this season. At age 33, it's not unfathomable that Mike Miller is still playing in the NBA given that players much older than him have laced 'em up in the Association. However, it is unthinkable that he is still playing given his injury history and how beat up his body is. The Grizzlies brought the prodigal son back to Memphis to space the floor and shoot threes. He has never had a problem performing those two tasks over the course of his career. The only question is can he stay healthy?

Expectations for 2013-14: Grizzlies fans and the front office will expect Miller to come in after winning two straight titles and bring a high level of poise and veteran leadership to the locker room. He will also be counted on to give the Grizzlies a solid 15 minutes every single night. If he is on the court less time than that, the Grizzlies really aren't getting enough from him. If he helps the Grizzlies spacing in the playoffs enough for Marc Gasol and Zach Randolph to go to work down low, he has done his job.

Areas to Improve: It couldn't hurt for Miller to shore up his defense, but he is doing pretty darn good for a thirty-three year old with two bum knees and a bad back. At this point in his career, Miller isn't going to improve on anything.

Areas of Concern: The biggest and only area of concern for Miller is injury. He obviously has a long list of injuries that he has accumulated during his NBA career, but all the Grizzlies can do is cross their fingers and hope for the best.

Best-Case Scenario: The best-case scenario would be that Miller stays healthy and gives the Grizzlies 65+ games in the regular season, and he is healthy for the entire playoffs. He shoots 40% from three, and helps the Grizzlies spacing issues tremendously thus increasing the Grizzlies points per game. More points per game would certainly take some pressure off of the defense.

Worst-Case Scenario: Miller gets hurt badly early in the season, and he is not able to recover to give the Grizzlies anything either in the regular season or playoffs. Needless to say, that would be awful.