A Memphis Grizzlies' Offensive Symphony: The High and Low Notes

Share All sharing options for: A Memphis Grizzlies' Offensive Symphony: The High and Low Notes

Somewhere in between, there is a creation known as music. But music, in this incarnation, isn't exclusive to the tunes you hear coming out of speakers, headphones and iTunes. I am referring to music, in this sense, as the merging of art and science, a compromise that represents the marriage of inhibition and reason.

In my mind, this includes kinetic arts and sciences, i.e., sports.

So, if the professional sports that we watch and admire are a form of music, then the Memphis Grizzlies' offense would theoretically exist as a movement, or a symphonic progression of human inspiration that propels physical bodies to manipulate themselves into positions that harmonize, articulate and resonate with dedicated enthusiasts of their music. 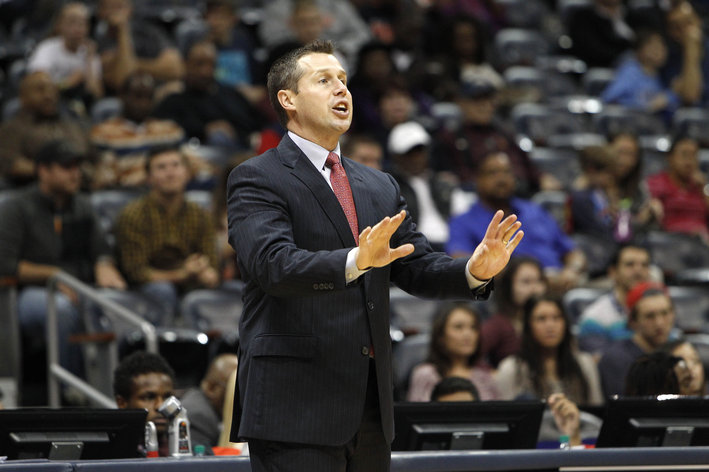 Will the Grizzlies roster improvements result in more wins?

Within this symphonic orchestra, you have many different tones of operation. There are the big men: centers and power forwards that perform with powerful, long whole and half notes - short drives and high percentage shots designed to initiate contact for fouls or open up perimeter shooters.

Those swingman on the outside are the quarter notes, the players that need to consistently pace themselves within a set to provide the best tempo for the rest of the team. These players can be featured outside of this role, but their primary function is a median to the bass (PF/C) and treble (G/PG).

The guards are often the melody of the offense. They'll bob and weave with studdering eighth, sixteenth and thirty-second notes that influence the rest of the orchestras impact and dynamic. While they can exist as the driving force of the symphony, their overuse can cause timing issues with the other members of the orchestra.

There appears to be a few issues with the tempo of Conductor Joerger's symphony.

You have trombone players playing lead, and then switching abruptly to bass lines. All the while, flutists are featured far too long for solos, and their second chairs aren't able to define their roles or ever catch on to the pace. You've got saxophones thinking their clarinets, clarinets thinking their oboes, and oboes thinking their french horns. And that, my friends who also took band in middle school, is a recipe for something that sounds abominably atrocious.

To summarize this in more basketball-friendly-terms: Dave Joerger's rotation has, thus far, shown to leave players hesitating on some decision making, and it's not given me the impressive that it's a well-rehearsed orchestra.

Until the Grizzlies totally stall out for several games and make me retch results prove otherwise, I can still reside some faith in Joerger's potential positive, longterm effect on the Grizzlies offense. But as of right now, days before the tipoff of the NBA season, I'm not sure the Joerger movement of the Memphis Grizzlies Symphony is rehearsed well enough to keep audiences listening into the second half of the season, when they may finally hit their groove.

If the Grizzlies offense can't start as orchestrated, the encore of the season may be predicated on Memphis fighting for decent playoff seeding, and that's not the music that Grizzlies fans were expecting to hear this season.