Jamaal Franklin dropped to 41st overall and was snatched up by the Grizzlies, who saw him as an athletically gifted wing who could be Tony Allen 2.0, or "The Grindson." But as for this season, what can Grizz fans expect from the possible heir to the Grit and Grind throne?

Heading in to the 2013-2014 season the Grizzlies bench is as deep and balanced as it has arguably ever been. As Kevin Yeung, Kelly and I were discussing on Twitter last night, the Grizzlies are a legit 10 deep, a good problem to have. On the Grizzlies just 2 years ago, a player with the skill set of a Jamaal Franklin would have competed for minutes at shooting guard or at the small forward. But with Jerryd Bayless, Quincy Pondexter, Mike Miller, Tony Allen and Tayshaun Prince already entrenched in those 2 spots, it may be hard for the young bull to find minutes in the rotation.

In a piece I completed a little more than a week ago, I discussed Jamaal Franklin's possible future as a Grizzly and when he could be the guy he was drafted to be. Franklin's abilities are highly valuable to the Grizzlies in the long run. As I said in the Grindson piece, in terms of physical gifts he has the potential to be better than Tony Allen, the same kind of tenacious defender but with a more refined offensive game. But the dreaded "p" word, potential, rarely has a place on a championship contender like the Grizzlies. So, in the rare case of Franklin, he really is in a situation where there is no best or worst case scenario for the coming year. It is more of an issue of healthy and opportunity. 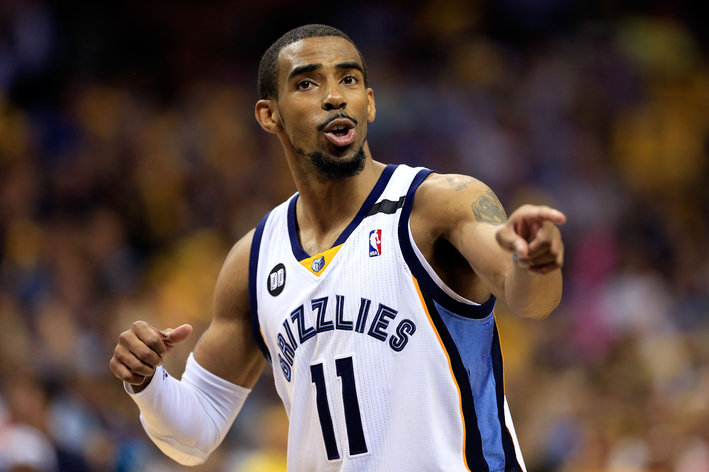 How you can represent GBB in the Grizzlies Blog Thunderdome of Fantasy Basketball.

In the case of what's in the best interest of both Jamaal and the Grizzlies, Franklin spending a good portion of his rookie season on the bench and in the D-League would be ideal. And it isn't just for the added minutes he would receive with the Grizzlies D-League affiliate, the Mad Ants. One of the reasons that was floated around for why Franklin, a projected first round pick, fell to the Grizzlies at 41, is that his attitude can be poor at times. Matt Calkins of the San Diego Union Tribune wrote an article entitled "Can You Root For Jamaal Franklin" and in the piece he discusses Franklin being voted the most hated player in Mountain West Conference history and how he was viewed as a "punk" and "drama queen." One commenter said "someone needs to knock his block off, seriously." Here are some more quotes from the article:

...But Franklin has the ability to polarize even his own fans, who can never seem to decide if they’re mad at him or mad about him.

"I think if he were on any other team in the Mountain West, I would hate Jamaal," said Matt Bishop, an original member of SDSU’s famed student section, "The Show." "And sometimes I think his attitude takes him out of his game."

The article goes on to say that his coach Steve Fisher viewed him as a "prized pupil" and his teammates at San Diego State loved playing with him. But to me, the most concerning part of Franklin, in addition to all the attitude and technical fouls (he led the league in that stat, as well), is how many turnovers he committed last season. 105- 44 more than the next closest Aztec player, according to Calkins. Franklin has skills, but a year of not being the focus of a team may do him some good. The process of being humbled can help a young person grow, and as his game develops, so will his character. He may not be ready to contribute, but the best part about this team is that he doesn't have to right away.

So, if this Grizzlies roster stays healthy, Jamaal Franklin will likely spend a majority of his rookie season on the bench, or playing in the D-League. And this is a positive for both sides; Jamaal can adjust to life in the league, learn from Tony Allen and a great group of professional basketball players while evolving, not only as a basketball player, but as a young man. The time will come for Franklin because Mike Miller, Tony Allen and Tayshaun Prince, while key cogs in Memphis' immediate future, are not in the team's long term plans. As Father Time creeps up on the veteran wings, Franklin will get his chance. It just likely won't be this season. And that is almost certainly for the best.