After a loss in the first preseason game, the Grizzlies return home for the first time since Game 4 of the Western Conference Finals to take on the Dallas Mavericks. The Grindhouse is back, but who will be on its court tonight? And will its inhabitants take better care of the glass and ball than they did against the Bulls?

How You Can Watch/Listen- NO TV, 92.9 ESPN Memphis

Tonight the Grizzlies come back home to the FedEx Forum to continue their preseason slate against a familiar foe, the divisional rival Dallas Mavericks. There were positives and negatives to draw from this past Monday night against the Bulls, but allow for this preview to be a friendly reminder that this is a veteran team, and that this is the preseason. We know, for the most part, what to expect from the starters. The extended minutes this preseason are not for them. They are for the younger players, the new faces becoming used to the system (including Dave Joerger.) So if the elder statesmen of the Grizzlies do not play much or that well until October 30th, it will not be the end of the world. Take these games for what they are, a feeling out process building up to the Spurs in three weeks. At this point, "the core" knows what to do. Until then, they will tread water and look to San Antonio.

Dallas has some new faces on their roster; aside from Ellis, Mekel, Calderon and Dalembert, players such as DeJuan Blair, Devin Ebanks and two former Grizzlies (Wayne Ellington and Fab Melo) are all new to Dallas this season. As always, though, the Mavericks will go as far as Dirk takes them. His health is imperative to the success of the Mavericks. They will also depend on Vince Carter off the bench to deliver long range scoring and stability. The wild card is Monta Ellis; his ability volume scoring the basketball is undeniable. But how he fits alongside Dirk and the crew will decide whether or not the Mavs are in the fight for one of the last two seeds in the Western Conference playoffs.

Four Ways the Griz Can Improve 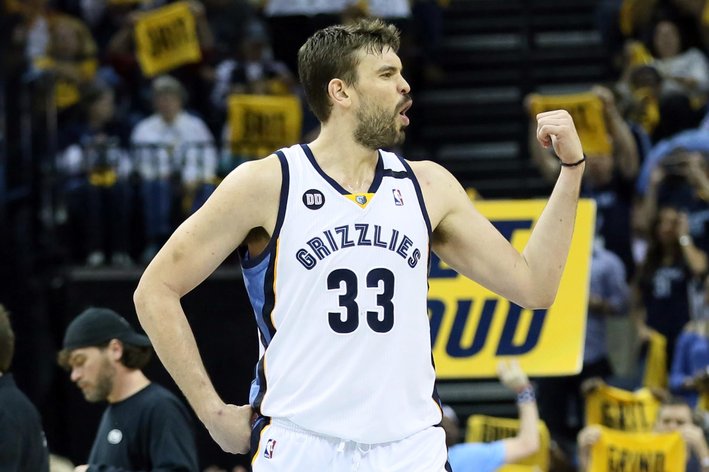 What they should, and will, accomplish this season.

Continuing with the five things to look for in tonight's contest.

Follow @sbnGrizzlies
Welcome back to the Forum, Grizzlies, we missed you. Be sure to come back tonight for the GameThread and recap!