There's always room for improvement. Defending the three is near the top of the list.

I missed the original airing of tonight's game against the Los Angeles Lakers, but when I returned to my laptop I was excited about the results. The Los Angeles Lakers aren't that good a team, but when you've struggled like Memphis has over the course of the season these wins become important in the grand scheme of things.

Zach Randolph was his old self. Marc Gasol had one of his best games of the season. David Joerger cut the rotation, only giving the impact players time. It was perfect considering the circumstances.

But there was one takeaway from the game that bothered me: the Grizzlies are defending the three-point line poorly and it's becoming detrimental to the team.

Including last night's victory over the Los Angeles Lakers, teams are shooting 38 percent from three against the Griz. Only three teams give up a higher percentage. Compared to last season, that number has increased from 33 percent which was bottom-two in the league. Improving as a defensive unit, or getting back to where they were last year, means they have to defend the three better.

What the Grizzlies did that worked so well was that they packed the strong side, shifting the defensive positioning of all of their players and using help defense generously to pressure the offense and force them into tough situations. Grizzlies defenders that were guarding players on the weak side perimeter would venture away from their check and towards the paint.

Those are the words of GBB's own Kevin Yeung describing the strong side defense the Grizzlies have thrived on in the past. This defense has been the biggest reason in why teams are getting many open threes along with mental brainfarts from the perimeter defenders. 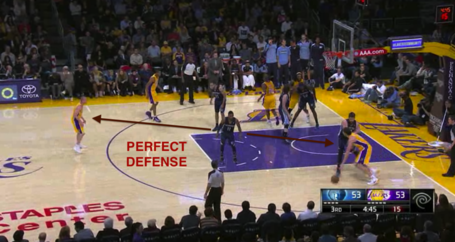 This is the perfect defense from Mike Conley. He's not far enough from Steve Blake to not be able to recover on defense all while taking away space from Pau Gasol in case he makes a move toward the paint. Instead of staying in position when Pau makes his move, Mike digs down too deep leaving Blake wide open at the top of the key. 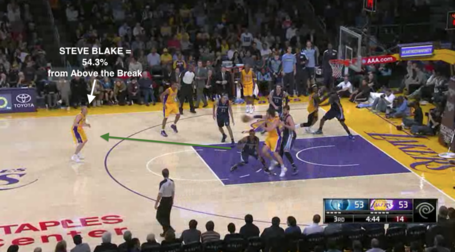 Same thing happens to Tony Allen earlier in the game. 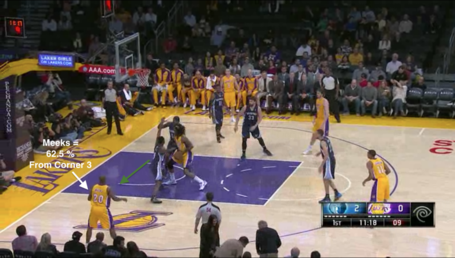 Allen digs in on Jordan Hill in the post. While Hill is having a career year, there is no need for TA to get so deep into the paint, especially with Randolph guarding him. This leaves Meeks open for one of the most efficient shots in basketball.

Against the Golden State Warriors, Tony Allen is caught leaving his man in order to pursue the ball. 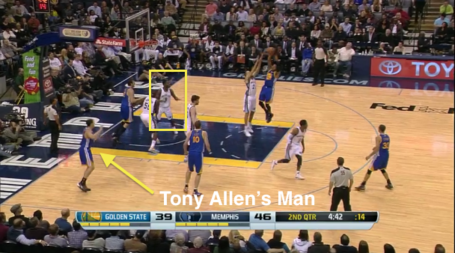 This is far from unfamiliar for Memphis' wings. While it is a by-product of the strong-side defense, Allen is taking it's principles and stretching them a bit too far. Iguodala easily finds Klay Thompson in the corner for an easy shot.

Just look at these screenshots from throughout the season of wing defenders leaving their man when one pass away or being too deep in their strong-side defense. 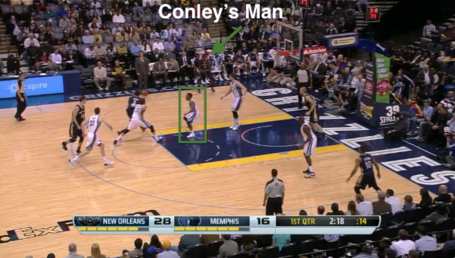 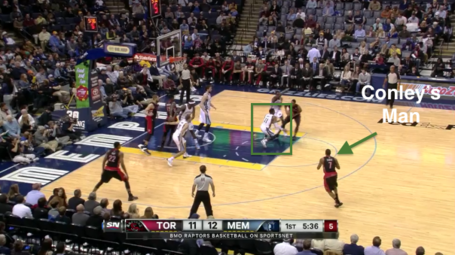 On all three plays, the Grizzlies are hurt from Tony Allen and Mike Conley overcompensating on the dribble-drive. This leads me to think that the talks of the defense not trusting each other are one-hundred percent true. Why dig when the reigning Defensive Player of the Year is guarding a big one on one? Why help and jeopardize the team's defense when Tony Allen is guarding someone on the perimeter. His sole job is to be a defensive stopper. A contested two will always be a less efficient shot than a wide open catch-and-shoot three pointer.

Coming up on the schedule for Memphis will be the Kings, Clippers, Warriors, Spurs and Rockets, all teams who have capable three-point shooters. Defensive discipline on the perimeter will be key in these games.

If the Grizzlies (mainly Conley and Allen) can gain the trust back that their help defense will do it's job, they'll have a chance to win those games.

It's the first step defensively to returning to the team they were last year.