There's a saying about a wheel and about how re-inventing it is futile. So is Joerger done experimenting in Memphis?

The Grizzlies are riding a spectacular win streak of four games, and it's become a more familiar site to the Griz aficionados - like ... really familiar. It's as if this team returned every significant player and traded one for an additional starting-calibre center. ?!?! Yes, so the Grizzlies are now starting to resemble the team that made it to the Western Conference Finals last season, and we know that the personnel didn't dramatically shift, it only got a bit better.

Maybe that 3-5 record was just an unusually rough start , a coupling of some bad luck and weak mojo, but maybe Dave Joerger decided that enough was enough. His experiment to increase the Grizzlies offensive pace and utilize more possessions was mixing in like oil to water. Perhaps, he locked away his iPads, digital projectors and computer stats, and went to the basement of FedexForum and pulled out the dust-covered, archaic, pencil-drawn playbook of Lionel Hollins, and said to himself, "Yes, old friend, what was I thinking?"

WHAT TICKLES YOUR FANCY? 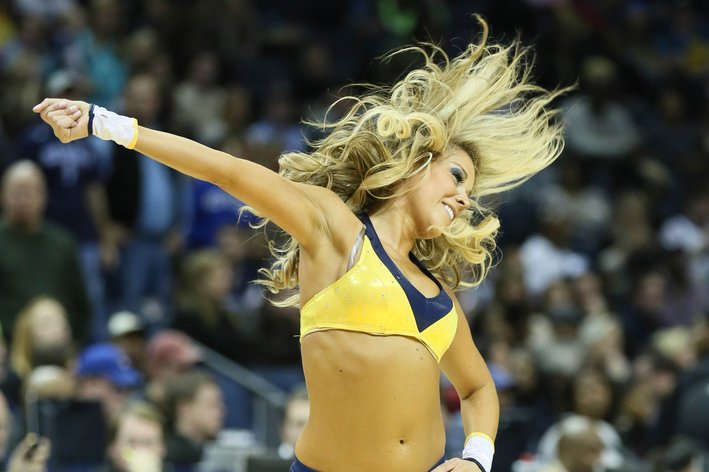 What kind of rituals or habits do you have for Griz game days?

I simulate that hypothetical scenario because as of today, Nov 21st, the Memphis Grizzlies rank dead last in the NBA in terms of Pace Factor at (93.0). Sound familar? It should. That's much closer to where they finished last season (91.1), instead of hovering in the upper 90's like they were to start the '13-'14 season. In addition to slowing down the pace, Joerger has seemingly and officially chiseled his lineup rotation to something I think we would have seen Lionel Hollins use if he had been retained to coach the Grizzlies, i.e., rarely trusting young, raw players and staying big for a good portion of the game.

That's not to say the Joerger still isn't being influenced by advanced analytics. I'm assuming that John Hollinger has more influence on lineup combinations this season compared to last season, and I'd also assume that Hollinger would share in some blame for the over-experimentation that seemed to cease a week ago. I think I'm fine with how things have settled; there will be time to experiment as the season progresses. There's nothing wrong with falling back on a methodology that won you 56 games last season and slowly incorporating a new spin on it to use against tough opponents in key games.

I bet Lionel is just laughing. I don't know if it's sad or happy laughing, but something audible and lathered in some form of sarcasm.