Share All sharing options for: Memphis Grizzlies Stat Analysis: Meet Their Better Half

Late Wednesday night, as the second half of the Grizzlies-Warriors game began with the boys in Blue down 46-36, I found myself confronted with a strange emotion, or lack thereof. I wasn't nervous at all. In fact, I knew we were going to win.

Sure enough, the Grizz responded by outscoring the Dubs by 10 in the second half before dominating the overtime and finishing off their sweep of the California road trip.

Now I'm not one of those hopelessly optimistic fans, nor am I someone who has those classic "gut feelings" that so many clueless analysts bring up when they don't have any facts or statistics to back up what they're about to say. But here I was, thinking, nay, knowing, that the Grizzlies were going to recover from their putrid offensive first half and take home the W.

So I decided to try to find out why I was having this feeling, because everyone knows that emotion-based, logic-bending reasoning should be treated like the plague. 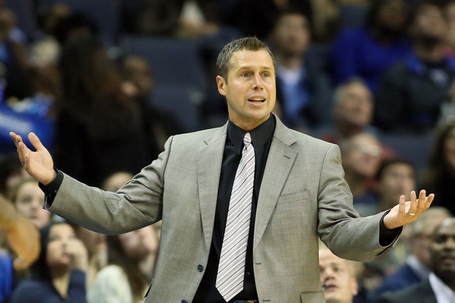 Well, good news, it turns out that watching enough Grizzlies' games taught me something, albeit subconsciously: the Grizzlies are a much better second half team, and more specifically, their offense is a completely different animal once the kids go to bed at halftime.

their offense is a completely different animal once the kids go to bed at halftime.

Looking at the Grizzlies' home/road offensive splits is almost like looking at two different teams.

For a standard, all encompassing number that tells most of the story (and a metric that can be used to impress your friends with your fancy-shmancy stats), consider this: the Grizzlies' offensive rating (points/100 possessions) climbs from an atrocious 90.8 in the first half of games to a Showtime Lakers-like 109.8 in the second.

To give you an idea, this means that in the first half, the Grizzlies score at a rate 6 points lower than the league worst Utah Jazz do, and in the second, they score like the third and fourth ranked Trail Blazers and Rockets.

Even considering the Grizzlies' 30th ranked pace (which, it should be noted, is nearly identical in both halves), which yields them approximately 45 possessions each half, this means that the Grizz are scoring about 9 more points in the second half than they are in the first.

While Memphis didn't exactly set the building on fire offensively in the second half in Golden State, they nonetheless scored at a significantly better rate, doing just enough to push the game into the extra frame before getting the win.

So what's the cause of this offensive upswing?

Well, for starters, it's not what some people (including me) would expect. The Grizzlies are renowned league wide for their D and their ability to create turnovers, yet Memphis actually scores about the same amount of fast break points in both halves, and their takeaway rate actually goes down in the second.

Believe it or not, the Grizzlies second half offensive prowess (at least for them) comes from their halfcourt offense.

There are two main noticeable differences between the Grizzlies' offense in the first and second, and they are slightly, though not obviously, related: the Grizz shoot much better and more frequently from the 3-pt line, and they dominate the offensive boards.

Memphis's eFG%, which measures FG% while making 3's more valuable in the calculation, jumps from 43.6% to 53.8% in the second half, a more than 10 percent increase that can be attributed mainly to their 8 percent increase in 3-pt% (an increase to a still awful 34.4%, but hey, progress is progress!). For those interested, the Grizzlies' True Shooting % also makes an almost identical climb.

This offensive improvement in the second half should also bode well for Memphis going forward. When the Grizzlies shoot even just a below average percentage from the 3-pt line instead of the brick-laying, house-building percentage they've been shooting in the first half, the offense gets significantly better.

Interestingly, the Griz also shoot more threes in the second half of games, which brings up the age old chicken-and-egg question: are they shooting more threes because once they start making them, they feel more confident, or is it that when they're firing more, the shooters can get into a rhythm and they then start hitting a better percentage? Or is it just a matter of running better offense and getting better looks?

The other hidden benefit of the extra three point shooting is the effect it has on offensive rebounding. As seen above, the Grizzlies rebound at a 10% better rate in the second half, which amounts to about 4 or 5 rebounds and extra possessions. Generally, 3's result in longer rebounds that benefit the offensive players. For bigger (for their positions) guys like Marc Gasol, who spends a lot of his time in the high post, and Tayshaun Prince, and feisty offensive rebounders like Tony Allen, these long boards can be especially advantageous.

Joerger Falling Back On Hollins' Principles 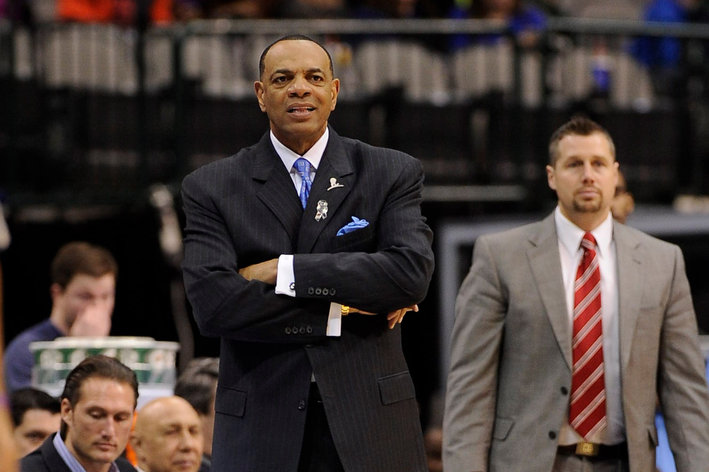 After experimenting for the first few weeks of the season, is Dave Joerger going back to the bread and butter?

Why the Grizzlies are getting better and more frequent looks from deep in the second half is not completely clear, and it's something to keep an eye on going forward. Is it the Grizzlies' grit-n-grind style wearing teams down as the game goes on? Gasol asserting himself and making sure the offense runs through him when crunch time comes around? ZBo getting more touches or deeper post position? Simple halftime adjustments?

I'd like to look more into this and into the lineups used in the second half in a future post, but for now, let's just hope the Griz can continue their second half offensive success, and maybe even try to transfer some of that spark over to the beginning of games.

Regardless, whatever Dave Joerger is saying or doing at halftime seems to be working; who knows, maybe he's got some leftover stock of MJ and Bigs's Space Jam-era Special Stuff hidden in the locker room.