But honestly, records and trends aside, I'm not predicting a ton of trouble from the Celtics for the Beale Street Boys this evening. Gone are the Big 3 (or 2 or even 1), and Doc Rivers was traded and the young gun Brad Stevens was brought in for the next era of Celtics basketball. Their main focus of this year is to develop young talent and rebuild, and that, Griz fans, is usually a recipe for a not-so-tough opponent. 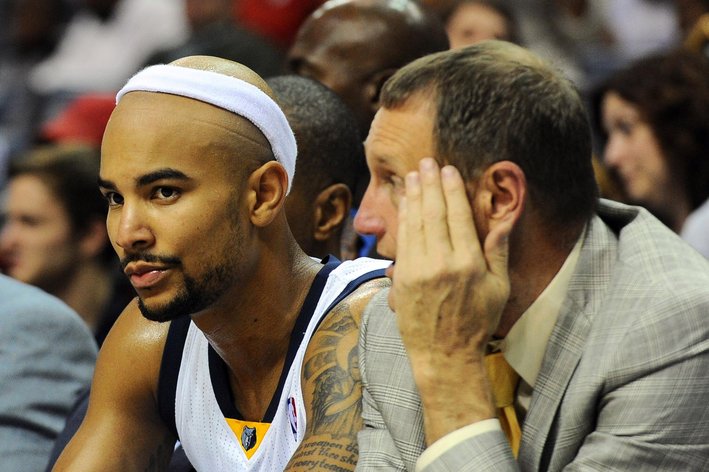 Write something funny to make all of us at GBB laugh!

But with young talent comes facing a cavalier attitude that has threatened this Grizzlies team in the recent past. Young players have their obvious flaws, but they can also adopt a "nothing to lose" approach that can get shooters on streaks and score in bunches. Scoring, if you haven't heard, hasn't been the Grizzlies forte yet this season, but when you analyze the position match ups, Memphis should be able to squash this one like a bug.

Point Guard: Besides developing young talent and teething Brad Stevens, the Celtics season is predicated on Rajon Rondo's return from a torn ACL. Until Rondo is able to return, the Celts have non-traditional PG's in Avery Bradley and Jordan Crawford. Both players are non-traditional PG's that look to shot more often than they look to pass. Mike Conley matches up very well to Bradley, and if Bradley's turnover issues continue then we could see Conley racking up several steals and fast break points tonight. Speaking of Mr. Conley, we may be observing the butterfly fully emerging from the cocoon. Mike is filling up the stat sheets so far this season, averaging over 2 steals a game, taking well over 10 FGs per game while making 7 in each of the three. I'm even seeing Conley show some aggression on defensive rebounding, which will hopefully allow their offensive pace to settle in to high gear.

Shooting Guard: We know how much Tony Allen loves to play his former team, and he has historically shown to ball out against the Celtics. Expect an aggressive and comprehensive game from TA tonight, a showing that will hopefully help him recuperate from the 0-6 shooting performance that forced Joerger to limit his minutes against the Mavericks. The Celtics are very lean at the 2 guard position, and we may see Jeff Green start at the position vs Tony Allen, with Courtney Lee's defense coming in off the bench to help dampen Bayless' scoring (see the 30 pts he dropped on the last meeting). Green is the obvious scorer on this team, and he could look to reassert himself as he comes off an anemic performance that caused Brad Stevens to keep him on the bench in favor of Jordan Crawford.

Small Forward: The Grizzlies, this far in the season, are truly taking a Small-Forward-By-Committee approach to the position. Outside of the Pistons game where Mike Miller logged over 30 minutes, he, Tayshaun Prince and Quincy Pondexter are all averaging right around 20 minutes a game. Is this one of the issues contributing to the disjointing appearance of the offense? They should have a chance to get someone in rhythm tonight as Jeff Green and journeyman Gerald Wallace aren't exactly intimidating, defensively speaking. This could be a big opportunity for an athletic Quincy Pondexter to be that Swiss Army knife that shows up all over the floor on offense, while maybe Prince can continue easing back into playing time and Miller can take a break from heavier-than-expected minutes over first three games. 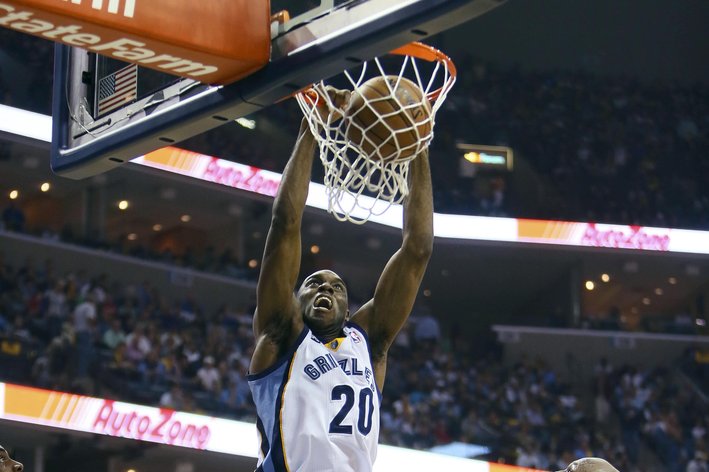 Keith Edwards looks at why the Pondexter extension was such a big win for Memphis.

Power Forward: The Celtics hold some pretty decent depth at this position. Veteran Brandon Bass is likely to start, and while he can be a threat a la midrange jumper, Zach Randolph should be able to abuse him early, and often. Once the Celtics rotate to their more athletic options, we could see some playing time for Ed Davis. Rookie Kelly Olynyk will probably take the floor at the 4 spot tonight, as Marc Gasol would absolutely destroy him on offense. Olynyk vs Ed Davis might be a fun matchup to keep an eye on tonight. This game also screams Jon Leuer's name. The Celtics are young and inexperienced, to a large degree, and if the Grizzlies look comfortable early on, we might see the Leuertenant get to showcase what he can do (which is bawl like a champ.)

Center: This should really be Marc Gasol's night. The Celtics don't really have a true center, not unlike most teams nowadays. The two guys they do have to stand in, Vitor Faverani and Kelly Olynyk, are inexperienced rookies that complete opposites of each other. Faverani can block shots and finish at the rim, while Olynyk is 7'0 tall, weighs 238 lbs and is more of an offensive threat shooting away from the basket. Both players can be huge liabilities and the combined experience of Gasol and Kosta Koufos should keep the Grizzlies ahead in rebounding and free throw attempts for the big men tonight.

Final Prediction: This could very well end up as one of those NCAA point total games where the Grizzlies win 77-68. If the Celtics get a hot hand from outside we could see something different play out, but both of these teams are pretty bad right now, offensively speaking. The Celtics just have too many questions to answer (yes, even more than the Grizzlies) and I think a strong defensive showing from the Grizzlies help them keep Boston at arm's length for most of the game.

(side note: The Grizzlies are 29th in defensive efficiency so far this year, and while that OT vs the Pistons skews it a little, that's something that needs to change AFSAP)

Grizzlies vs Celtics: Monday, Monday, Be Good To Me