Last night the word started trickling out about a conversation Randolph had with Marc Stein in which he further declares that Memphis is his home now. But now Randolph is telling us a bit more...

ESPN's Marc Stein has a piece up that gives us a strong piece of evidence for Randolph's sincerity in his passion for Bluff City.

I'd like to be here. I'd like to retire here. You never know. If I've got to make some sacrifices to be here, I would. I still can play, I can still help a team out. I want to win a championship. I've made all the money in the world. I just want to win.

I don't know yet [about opting in or opting out], but Memphis is my home. If they trade me tomorrow, I'm here. I just bought a new house. My daughters go to school [in Memphis]. That's my home.

That's far from a signature on a contract, but it's also a strong hint at something that many here at GBB thought would never be a possibility (ahem... except for yours truly...). The idea I gather from these comments is that Randolph would be willing to talk about a deal that reduces his salary in a manner that allows the Memphis Grizzlies to optimize the rest of their lineup while ZBo finishes his career out in Beale St blue. 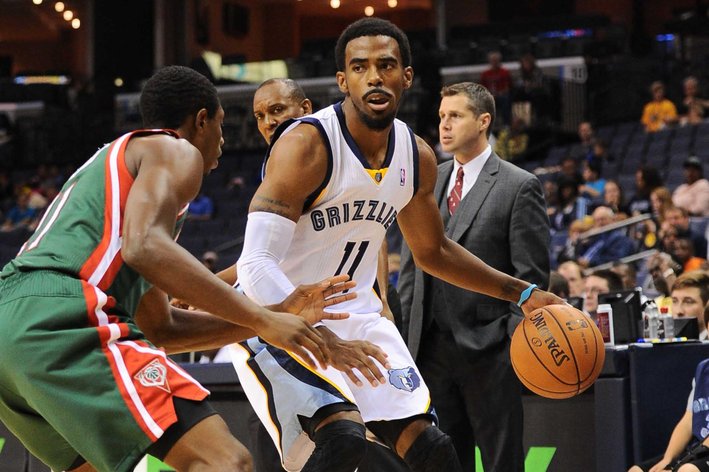 Find out where the core of the Memphis Grizzlies ranks in ESPN's 2013 NBA rankings.

It's yet to be seen if Zach can fully integrate himself into Dave Joerger's style of offense, but it's yet to be seen if anyone on the roster can accomplish that, so I'm not holding that against ZBo just yet. Zach is healthy (shed 15 lbs in the offseason) and still has the vigor to operate in his physical-yet-not-entirely-athletic style. That's the advantage to having the "old man" game: Randolph was never able to jump out of the gym, so the fact that he still can't isn't going to hinder his ability to be effective. If Zach can stay spry in his lateral and forward movement, there's no need for him to have to go vertical.

Regardless of how his body holds up, though, one thing is now looking clearer. Zach Randolph might be the hero we all knew he was and wanted him to be. He's got a chance to put his money where his mouth is (which is back into the pockets of the Grizzlies), and if sticks to those words he may go down as a legend in Memphis, TN.