Editors Note: If you find it a hassle to vote several times within the poll's, you can also vote within the comments. All votes will be accounted for.

It's here!! After randomly selecting 16 of the best Memphis Grizzlies moments since the Pau Gasol trade that changed the fortune of this franchise. Between some of the moments suggested by you all and some that were suggested by the GBB staff here's the bracket: 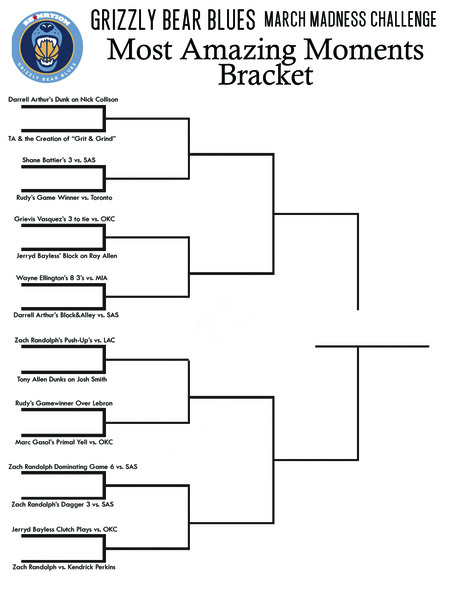 Tony Allen and the Creation of Grit & Grind