Down to the final weekend of the month. Who will win the coveted GP prize?

In my years of being a Memphis Grizzlies fan, I am not sure we have ever had one this dramatic. Just this year we started with the Rudy Gay trade rumors, followed by a massive overhaul of our bench, then a little bit of Zach Randolph trade rumors, the Lionel Hollins extension talk, new ownership, the infamous "dinner for two" scandal, debates on their views, the Rudy Gay trade, more hopeful trade scenarios, Tony Wroten development, Bayless' position, Lionel's doghouse, two rounds of rumored free agent signings, Gasol's injury and ZBo's slump.

With all of these distractions, the Grizzlies have had an incredible season, one I am not sure another team could have. Losing a main scorer and friend, and still maintaining a winning record and playoff positioning. The team may not have homecourt advantage, but they are still certainly in play (though I think we are better suited gearing up for the five, see here).

While it is nice to recap and reflect on past accomplishments through the dramatics, it seems as though this team is getting bogged down by the inconsistent play and turmoil of the season schedule. It is time to refocus and start creating a winning mentality to carry forward to the playoffs. 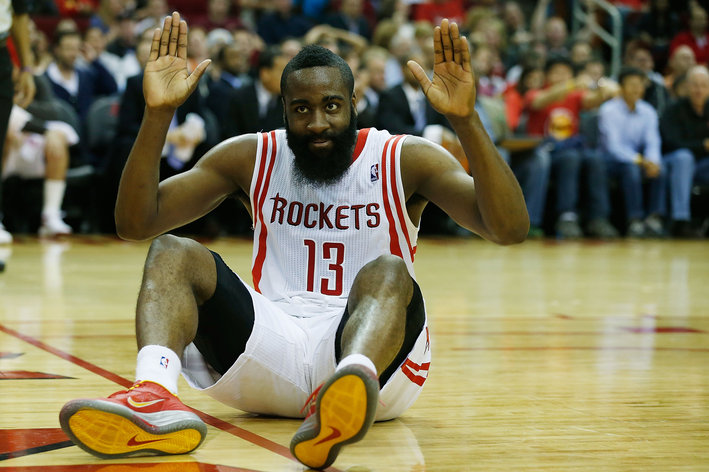 The Grizzlies are fast approaching must-win territory if they hope to secure home court advantage in the playoffs.

Tonight, the Grizzlies play the New York Knicks Houston Rockets, in another offensive-defensive battle. The Grizzlies must once again protect the perimeter and key in one of the most productive scorers in the NBA, James Harden. Memphis should not have so many match-up problems in this one (see Zach Randolph on Iman Shumpert). For more on this game, check out Andrew Ford's game preview. It is excellent. To prophecy check out the categories below.