With eight games remaining in the regular season, can the Grizzlies begin their three-game road trip on a strong note?

Share All sharing options for: Grind Prophecies: One More Trail to Blaze

The Memphis Grizzlies look to set franchise history tonight in Portland, as a win would give them a total of 51 wins, a sum unmarked by previous Grizzly teams. After a 2-point win on Monday against the Western Conference leader San Antonio Spurs, the Grizzlies will take their historic run to the West Coast for the last time this season for bouts with the Trail Blazers, Lakers and Kings. 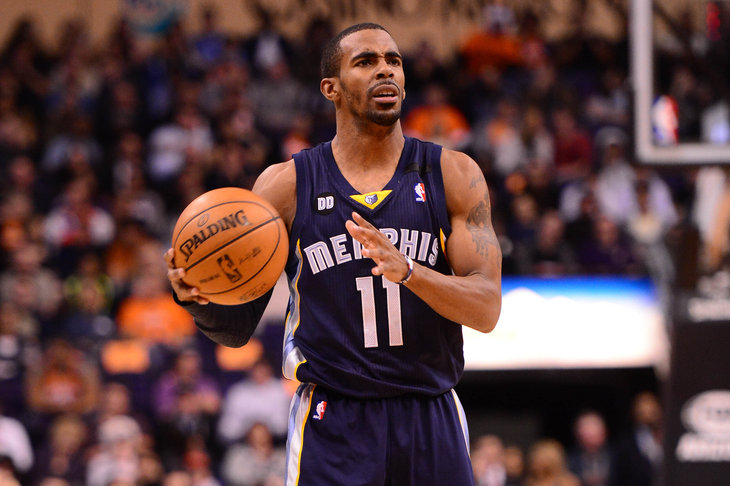 Tonight will mark the second time in a months time that the Grizzlies will play in Portland's Rose Garden, the first a grudge match that saw the Grizzlies defense evaporate in the 4th quarter. While giving up 39 points in the final frame of the game, Memphis held on to win 102-97 in what ended up being a crucial win on a split 4-game road trip.

The most recent report has LeMarcus Aldridge questionable for tonight with a sprained right ankle, though I do not imagine he will play given the physical nature of the Grizzlies front line. His absence would give a significant advantage to the Grizzlies as the undersized center, J.J. Hickson, would likely move to the power forward position and Meyers Leonard would start at center. Such was the case two nights ago against the Utah Jazz, who had big scoring nights from three bigs (Al Jefferson - 24, Derrick Favors - 18, Paul Millsap - 16). We should see more of the same from the Grizzlies bigs as Marc Gasol, Zach Randolph, Darrell Arthur and Ed Davis continue to control the boards, own the paint and play inside-out basketball.

For more on tonight's game, tune into GBB later today and check out the game preview.

It is now my privilege to announce the Grind Prophecies prize for the month of April. The member with the most points at the end of all games (including playoff games) in the month of April will receive a Mike Conley jersey! Check below the picture for today's GP and links to the Leader Board and contest rules. Good luck! 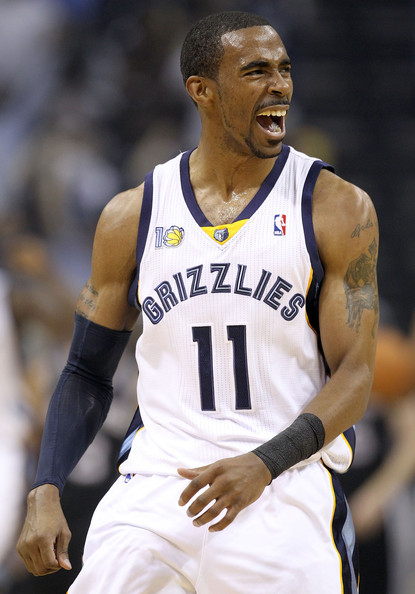