It was an historic night at the Forum as everyone in attendance not only witnessed the Grizzlies beat the Bobcats, but they also got to take part in "The Jon Leuer Game."

What a fantastic night! After what has been a pretty long April so far, tonight marked the return of the little redheaded girl to the Grizz Girls lineup. She returned in spectacular fashion, beautiful smile and gorgeous locks intact. What a site for sore eyes she was. I'm not sure if it was based solely on the fact I haven't seen her in a while, or if its because she really deserves it, but I made the decision to elevate her to the Nasim Pedrad category of lovely ladies who take my breath away. What a phenomenal night. What do you think of the game, Grizz fans?

(Just got an email. Apparently I'm going to need to talk about the game a little bit, or at least double the length I spent on my schoolboy crush. Whatever.)

The Grizzlies took care of business against a pesky Bobcats team 94-75 on Tuesday night. Led by Mike Conley and his game high 20 points and seven assists, Memphis maintained control pretty well throughout the night.

The first quarter was a showdown between Gerald Henderson and Marc Gasol. Henderson had 9 of his 13 points in the first quarter, and Marc Gasol countered with 8 points, 2 blocks, and a couple of rebounds. He would have had an assist to boot, but Quincy Pondexter got stuffed at the rim by (former Grizzly?) Josh McRoberts. Mike Conley also added five points and two assists, including another monster, fingertips only dunk, and Memphis would lead by nine, 28-19 after one.

In the second quarter, things got sluggish and gross and stupid. The Bobcats would cut the lead to three points two separate times in the quarter. Jannero Pargo made Keyon Dooling look foolish for the few minutes he was out on the court, and knocked down a couple of tough shots to boot. During the first four minutes and twelve seconds, the Grizzlies would manage only two free throws (From Ed Davis and Austin Daye). Despite giving up 21 points in the quarter to Charlotte, the Grizzlies matched in with 21 of their own, and carried their nine-point lead into halftime. 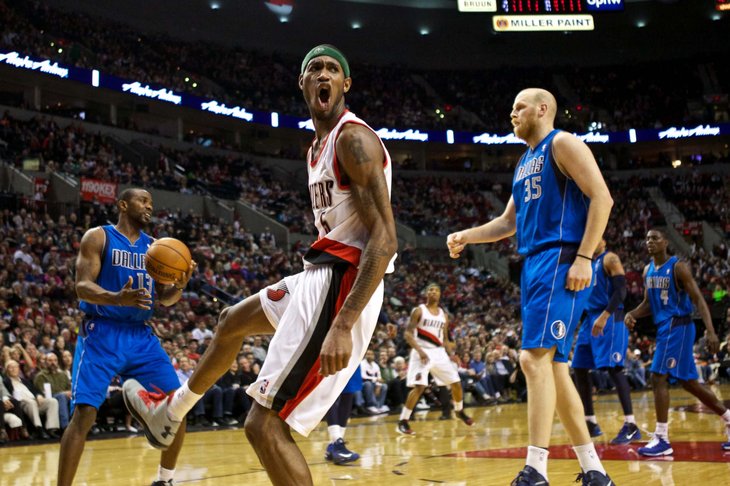 We're back! This week, Kobe can’t sit, Carmelo can’t stop, and I can’t come up with a solid third line for the wild cards.

Memphis, who has made it a point this year to dominate the third quarters of games, came out looking flat and fat after the break, watching as the Bobcats would come all the way back to tie the game at 53. Charlotte started the quarter on a 13-4 run, fueled by Kemba Walker and his nine points in the quarter. Mike Conley would respond with seven of his 20 to keep the Grizzlies from falling behind in the game, and although they would be outscored 17-14 in the quarter, Memphis led by six heading into the final frame.

Then, the fourth quarter and Jon Leuer happened. Charlotte made a 3 to start the quarter, and the Grizzlies decided to stop messing around. To those that say you can't turn it on and off like a light switch, they might not want to check out the tape of this game. Earlier in the week, I challenged my kid brother to a race, giving him a three second head start, and then immediately catching and passing him. I can think of no better example for what happened in the fourth quarter of this game. The 52 win Grizzlies had enough of the 60 loss Bobcats thinking they were in the same conversation as they were, and promptly put them in the rearview mirror. The Grizzlies scored 31 points in the quarter, led by Mike Conley Marc Gasol Rudy Gay Jon Leuer. The mischievous badger dropped 11 points in the quarter with five rebounds and two assists. He hit midrange jumpers, attacked the rim, and had a pretty beautiful and-1. It may have taken us three months, but we've finally witnessed "The Jon Leuer Game." I know it was against the Bobcats, but it was really nice to see Leuer make some solid plays, and I look forward to the opportunity of telling my nieces and nephews of the Legend of Leuer.

Click over to Grind Prophecies and check out how you did

Game Notes from the Legend-Diary

All in all, it was a pretty solid win for Memphis. It was low stress, and Mike Conley was the only starter that played more than 30 minutes. The win helps the Grizzlies keep pace out West with the Clippers and Nuggets. Sitting at 53-25, they are now just a half game back of the third seed and home court advantage in the conference.