What the...? Grizzlies fire assistant coach Barry Hecker after their Game 2 win over the Thunder

What the heck happened to Barry Hecker?

Share All sharing options for: What the...? Grizzlies fire assistant coach Barry Hecker after their Game 2 win over the Thunder

A somewhat strange, yet interesting note from the Grizzlies Game 2 win over the Oklahoma City Thunder. After the Grizzlies dropped the Thunder, evening the series at 1-1, Memphis announced that they had parted ways with assistant coach Barry Hecker.

Yes, in the middle of the series...after a Grizzlies win! 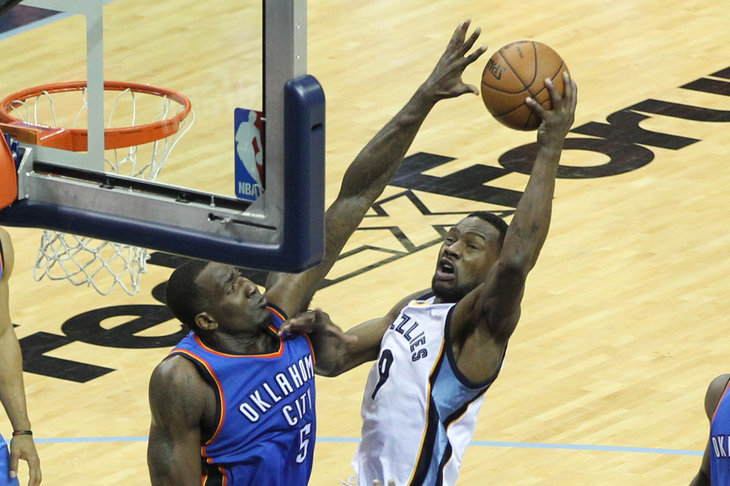 The Grizzlies ground out a home win against Oklahoma City Monday night, downing the Thunder 103-97 in a loud, gutty overtime win.

The Grizzlies didn't make a big deal of the firing, and no one really paid all that much attention to the move. After all -- no offense to Hecker, but... -- it was only Barry Hecker.

Today on his radio show, Chris Vernon revealed the truth behind the firing and, well, it's just as strange as you would imagine.

Got the story on why Grizzlies fired asst coach Barry Hecker in the middle of 2nd round.Tune in

Yes, he did, and here's how it all transpired:

According to @chrisvernonshow, the Grizzlies fired asst. coach Barry Hecker after Game 2 win b/c he "got into it" with Lionel & a OKC fan.

Hecker has hired a lawyer, after being fired in the middle of the playoffs. This is comical. And crazy.

And there you have it.

So, Hecker and Hollins had been going at it -- the reason? We have no idea. And the straw that eventually broke the camel's back was when Hecker got into it with an OKC fan.

The note here is that Hollins, a hard-nosed guy, was not willing to let any bickering or distractions get in the way of the ultimate goal: winning and NBA Title. And if it meant firing his friend and colleague, so be it.

A hat tip to Hollins on the move.