In tonight's Game 2 of the Western Conference Finals, the Grizzlies take the court in San Antonio tonight to try to swing home court advantage in their favor. They're going to have to do things a little differently than they did in Game 1.

You know what happened in Game 1 by now. The Grizzlies came out thinking they’d have a Sunday afternoon to play some basketball and bask in the glow of the Western Conference Finals, and maybe go look at the Alamo and eat some great Tex-Mex food.

Instead, they got their heads stomped on. The Spurs beat them by 22 points, made 14 three pointers out of 29 attempts, and held Zach Randolph to 2 points and 7 rebounds on 1–8 shooting[1]. The Grizzlies over-helped, couldn’t stop Tony Parker from creating, couldn’t stop anybody from doing anything, and at the other end, everything (except Quincy Pondexter corner 3’s) came up empty. 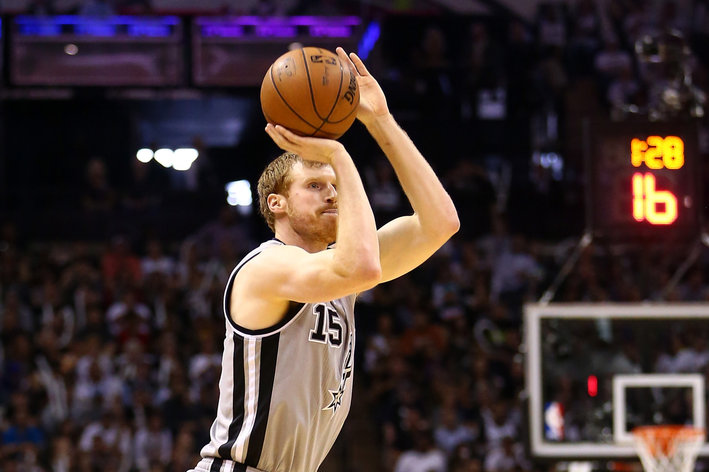 If the Spurs are going to shoot 48% from three this entire series you can save us all the time and fast forward to the NBA Finals.

I’m not really sure what to say about “The Keys to the Game” for Game 2. There’s not a single thing the Grizzlies did any worse than anything else in Game 1, except defending the three pointer incredible poorly. In Game 2 the most important thing the Grizzlies can do is come back out and reassert their nature: tough, tenacious, unafraid, in the zone. They have to regain the composure they’ve shown throughout the playoffs so far, and prove to the world that they’re not rattled, and that they’re not checked out now that they’ve made it to this point of the season.

I’m sure the guys on the team know that a lot of people believe in them. Mike Conley is on the cover of Sports Illustrated[2], the guys over at Grantland have probably written more about the Griz than about anyone other than LeBron James, three guys were All-Defense and Marc Gasol is the Defensive Player of the Year. These dudes know who they are and know where they are and know what kinds of things are being said about them.

Did they let it get to them a little bit in the long break before Game 1, maybe just a little?

Either way, it’s going to be a better game than Game 1. The Grizzlies have rebounded from bad losses all year and especially in the postseason. They just forget about it and move on to the next game. With any luck, they won’t forget about Game 1—they’ll still be mad about it and they’ll come out swinging. If there’s an operating principle for the 2012–2013 season, it’s this: Mad Grizzlies are the best Grizzlies.