The Grizzlies and the Clippers take to the court in Memphis tonight with the Grizzlies leading the series 3-2, with a chance to close out the series on their home court in front of a screaming crowd of maniacal Griz fans.

There's one thing about playing the Clippers in the playoffs that I'm not sure the league has thought about: the late 8:30 tipoff time allows the entire crowd to get good and lubricated on Beale Street before game time. 18,000 slightly inebriated Griz fans? Even louder than 18,000 regular Griz fans.

The Grindhouse is going to be rocking tonight. I'm thinking about packing some earplugs. 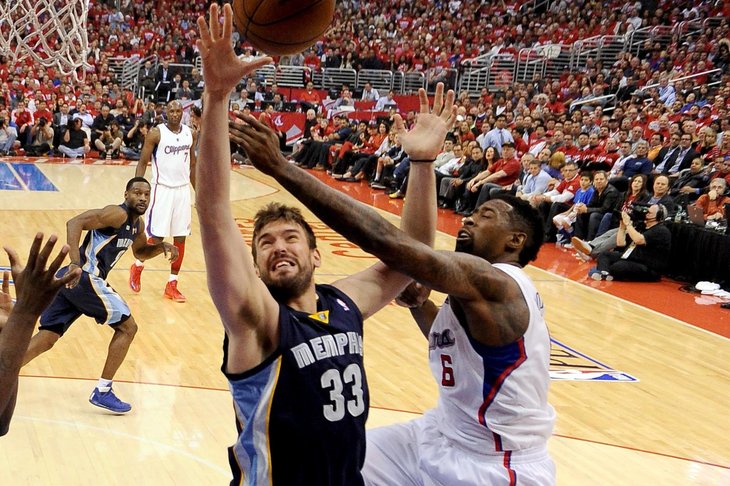 A chat with CBS' Matt Moore about the series and Game 6.

Zach Randolph has returned on a time machine from 2011. Marc Gasol and Mike Conley are much better than they were in 2011, and both of them have proven themselves to be elite playmakers in the postseason. Tony Allen continues to be the league's best perimeter defender, giving all kinds of fits to Chris Paul and Jamal Crawford and whoever else steps into his path of basketball destruction.

The Grizzlies are firing on all cylinders right now, having won 3 in a row against the Clippers. A team like the Clippers is not going to be easy to beat four times in a row, though.

Some thoughts on how the Grizzlies can seal the deal tonight at the FedExForum:

Tonight's the night, Griz fans. This is the big one. Get ready.