It's Game Six and the Grizzlies are on the verge of advancing to the second round. Can they close out the Clippers in the (We don't) Bluff City?

What if I told you that tonight's game was a must-win for both teams? Granted, a loss for Clippers would much more detrimental. An end to their season. The conclusion of what will now be seen as a "let-down year." The spiraling chaos of Vinny Del Negro's job ignites. Chris Paul's free agency begins. Rumored transactions start to swirl. It could be a crazy day tomorrow in Clips nation if the Clippers lose for the fourth straight time.

The Grizzlies will still have a life to live, but it will not be an enjoyable one. Not only will they have to go back, all the way across the country, they will then face the physical and mental war of facing a Game 7. Memphis has never won a 7-game series (only been in two, OKC and LAC) and the recent memories of yesteryear may soon be on their minds if they cannot finish what they have started and close out the Clippers tonight in front of 18,000+ fans. 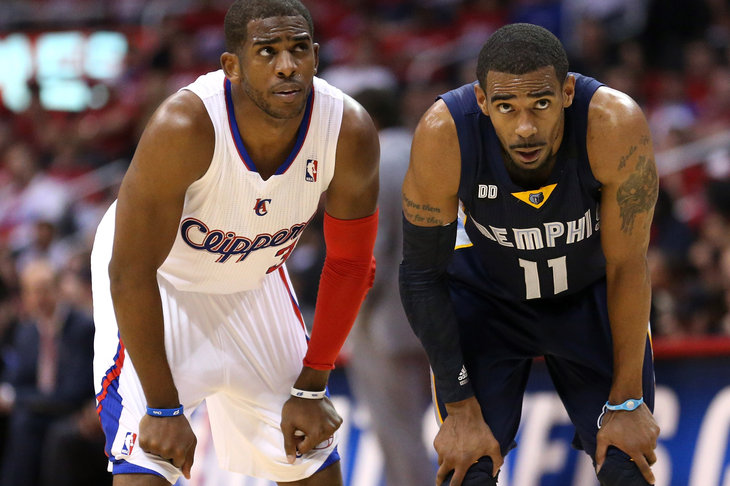 With the Grizzlies leading the series 3-2, they have a chance to close out on their home court in front of a screaming crowd of maniacal Griz fans.

Let's talk tonight. You should all check out Kevin Lipe's game preview for tonight but I wanted to make a small note of insider information I received from a good friend and excellent source. Upon having coffee with/near John Hollinger this morning, he reports to me that with the uncertainty of Blake Griffin and the lack of success of their previous game plans, Hollinger believe the Clippers are going to be going small for a majority of the game, spreading the floor and keeping our big men out of the paint or on the bench. Could see Matt Barnes in the starting lineup, instead of the preconceived Lamar Odom, if Griffin is indeed out. Could see Eric Bledsoe early and often.

With that being said, I can get us started on tonight's Grind Prophecies. We are still keeping a running tally of points which can found on the Leader Board link below and just a reminder, there is a Marc Gasol jersey up for grabs. So gear up for tonight, harness your anxiety, pray for a win and grab your growl towels because tonight is the summation of this entire season. Grind on!