Can Mike Conley Model His Game After Tony Parker?

Share All sharing options for: Can Mike Conley Model His Game After Tony Parker?

For four games straight we watched a surgeon at work. Whether it was the pick-and-roll, isolation, running off screens, setting other players up, Tony Parker did everything the San Antonio Spurs needed him to do as they swept the Memphis Grizzlies. And after seeing that you have to wonder, can Mike Conley be this teams' Tony Parker?

For starters, Conley has to learn how to finish in the paint better. No point guard in the NBA finishes at the rim better than Tony Parker. At 5.4 attempts at the rim a game (per Hoopdata), he's scoring on a 68 percent clip. Even the most athletic guards in the league (Russell Westbrook, Monta Ellis, John Wall) don't shoot as well as Parker at the rim. As far as Mike Conley's work in the paint, it leaves a lot to be desired. Check out the two shot charts in the restricted area (via NBA Stats): 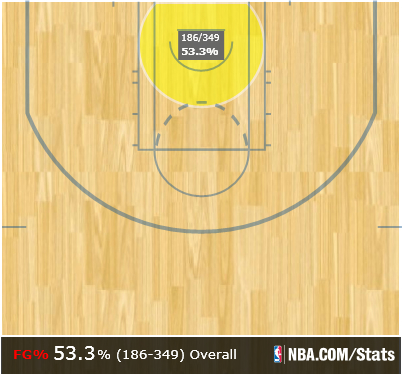 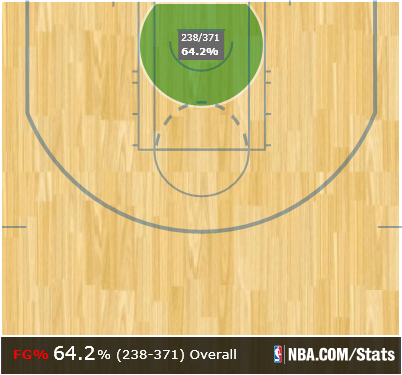 With only 22 more attempts, Parker has made 50+ more shots in the paint. In the conference finals, the same thing showed. Tony Parker went 14-22 in the restricted area. Mike Conley went 9-23. It's not that Parker is just making shots and Conley isn't; Parker knows how to attack the angles better. When watching the Grizzlies play there are countless times where you say "Conley missed another chippy".

Another "talent" Conley needs to pick up is, ahem, Tony Parker's ability to flop draw fouls. And this isn't a diss to Tony Parker. Unlike most, I think "flopping" is a skill. Egregious flopping like this or this is uncalled for, but Parker has a knack of knowing how to draw contact under the basket. I guess this is me asking Conley to flop more. With his problems finishing at the rim more and avoiding contact, getting to the line could make up for it. He'd have to watch more TP tape to figure this one out though.

The biggest part on whether Conley can be more Tony Parker in the coming years may have less to do with Conley's game and more with who management puts around him. I spoke with Matt Moore of CBS Sports and he had this to say about Conley/Parker:

I told him that Parker was about Mike's age when he started to work on hitting his jumper going left off the pick. When you're able to do that and team's can't go under the screen, it opens up a world of options for a point guard. Developing his drive and kick is the other element he really needs to work on, but to do that he needs shooters. Conley's development will be as much on who the Grizzlies put around him as what he works on in the summer.

This series has probably set the blueprint for how to defend the Memphis Grizzlies. Of course every coach in the NBA isn't Greg Poppovich, but in a copycat league it isn't hard to follow suit. The coaching staff can't go forward with lineups that feature both Tony Allen and Tayshaun Prince unless they want to continue hindering their money players in Gasol, Conley and Randolph.

The San Antonio Spurs have placed the perfect pieces around Tony Parker. Between Duncan, Tiago Splitter and Matt Bonner, they're mobile enough to keep defenders out of the paint for Parker to attack the rim and on the outside, Kawhi Leonard, Danny Green and Manu Ginobili they keep defenders from being able to collapse on Parker without fear of the outside jumper.

Look at how playing alongside Allen and Prince hinders Conley as he attacks the rim:

Kawhi Leonard doesn't even attempt to continue following Tayshaun Prince as he cuts to the corner. Instead he stays to help contest Conley's shot which turns into a turnover. The Grizzlies haven't adapted the small-ball routine that's taking the league by storm, but they can't afford to play two bigs side-by-side along with two non-shooters. 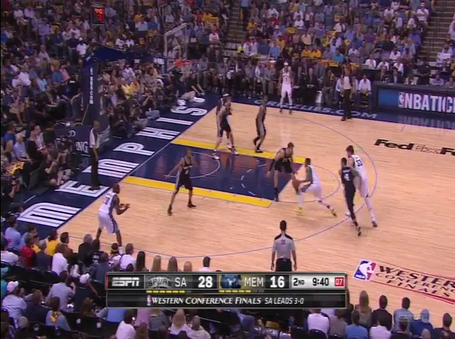 In this pick-and-roll sequence, the Griz have deployed their "all-shooters lineup" by placing Quincy Pondexter and Jerryd Bayless alongside Conley. This opens the floor for Conley to operate 1-on-1 against Tiago Splitter. Tony Parker can't commit all the way on Conley without giving up the corner three for a prepared Pondexter. If Pondexter is Allen or Prince, the defense will live with either of them hitting a jumper every time.

Here's another example of how having shooters opens the lane up for Conley to operate.

Considering the player most expected Mike Conley, it's fair to say that Mike has the tools to make the leap.

Remember when Chris Paul bullied Mike in the 2012 playoffs? He came back stronger the next year to combat that. Now after being on the wrong end of a 4-game Tony Parker explosion and expressing the need to improve his game and patent it after TP, he can do it. That's Conley's best feat: he keeps wanting to get better and with the world knowing that Conley's a top point guard in this league it's gonna be fun to see what he comes up with next.