By the Pictures: Discipline's Needed When Defending Kevin Martin

The notorious Grizzlies killer is back to his usual ways, but correcting the issues of defending K-Mart may be easier than most think.

Share All sharing options for: By the Pictures: Discipline's Needed When Defending Kevin Martin

Based on the past 82 games, there is no significant proof that Kevin Martin can consistently score 25 points in this series. At least I don't think so.

He's averaged 14 points on as the sixth man on the Oklahoma City Thunder and has scored 20-plus points 10 times on the season. Though the circumstances have forced Martin into a bigger role, the results may still be the same. He's scored 20+ in back to back playoff games so there's that to go off of, but the Memphis Grizzlies aren't the Houston Rockets. Defense is the team's motto and they take pride in shutting down some of the best players in the NBA and they have the personnel to contain K-Mart tonight. 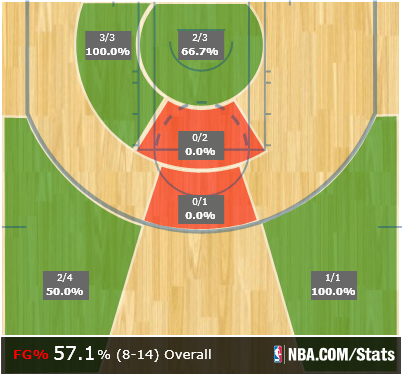 Forcing Martin inside is a positive. He's one of the best three-point shooters in the world and once he gets going he becomes difficult to stop. But if he's going to keep hitting shots like this we can kiss the series goodbye:

And when it comes to defending him at the three-point line, there will need to be extreme amounts of discipline shown by whomever is guarding him. Take this play for example:

WHY IS EVERYONE COLLAPSING ON KENDRICK PERKINS? 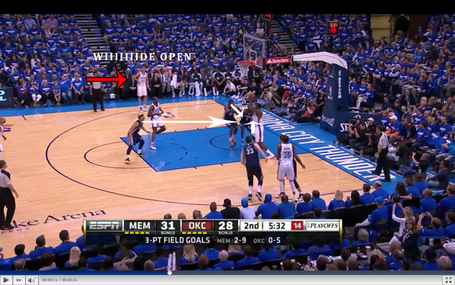 A Kendrick Perkins jump-hook is what you want on offense not a spot-up Kevin Martin three (according to Synergy, K-Mart shot 41.8 percent on spot-up 3s). But this is the discipline I spoke of. When you're defending a shooter like Martin you can't cheat off him because one pass can burn you. You could argue the shot was contested by Jerryd Bayless, but for a shooter of that caliber the damage was already done. 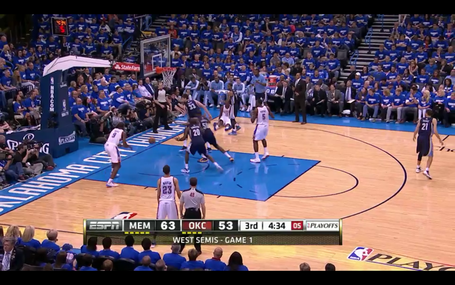 This is the result of a broken play, but Quincy Pondexter's extra helped turns into an easy three-pointer by Martin. Once again a lack of discipline kills the Grizzlies.

Based on what I saw from game footage, Quincy (or Dooling) need not be the guy that guards Martin. After putting in work in Chris Paul it makes sense for Pondexter to guard Reggie Jackson if need be. I'd suggest Mike Conley on Martin, but he has a tendency to cheat one pass away as seen here when defending Derek Fisher: 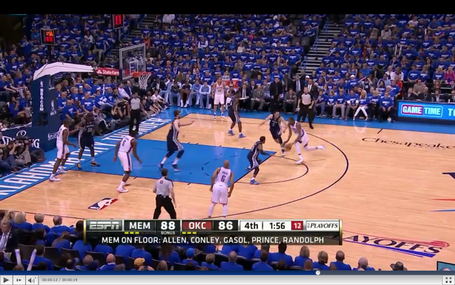 Fisher missed the shot, but he isn't nearly as good a shooter as Martin. The only other option is Tony Allen, but his time should be spent guarding the best player on the floor in Durant. Mike's the best option considering he can run through the screens and keep up with Martin.

Lionel Hollins likes to play the "feel" game during Game 1s and see what does and doesn't work in the 48-minute span so it'll be interesting to see who he gives the assignment of Kevin Martin to because if you can contain Martin to his season average of 14 points, they can easily win this series.