Even after a disappointing loss, looking back, Game 1 wasn't so bad.

Share All sharing options for: Grind Prophecies: Bright Side Blues

I knew Quincy Pondexter would miss the first. I saw that scenario play out multiple times watching the Memphis Tigers in the NCAA tournament the past couple of years. You could just see it. It was the most fitting, unperfect ending to the first game of the Grizzlies second round series against the Thunder because it only highlighted the biggest problem of the game: missed free throws and the lack of attempts. \

However, in hindsight of the game, fellow GBB blogger Keith G. Edwards and I discovered there were many more positives to Game 1 than negatives.

1. Jerryd Bayless had the game we have been looking for all playoffs.

When Scott Brooks threatens to bench players guarding a specific player if he scores again, you know someone is having a great run. I believe the in-game quote was, "and Jerryd Bayless, yeah that's gotta stop." Bayless only scored 10 points in the game but he was extremely efficient and did well opening up the paint and alleviating doubles on post players.

2. Loud City became Minimal Noise and Groans City for most of the game.

Oklahoma City is one of my favorite venues to watch on television because of the intensity of their fans. Equally as spirited as the Grindhouse, though probably not as violent, they got the nickname Loud City for a reason, yet the Grizzlies managed to keep them sitting on their hands for most of the game. It was surprising to be honest. I genuinely thought they would be an active audience for the duration of the game no matter what the consequences. Sure they erupted at the end, but they got mousy during the Thunder's most desperate moments.

3. Marc Gasol and Tony Allen did not have their best games. 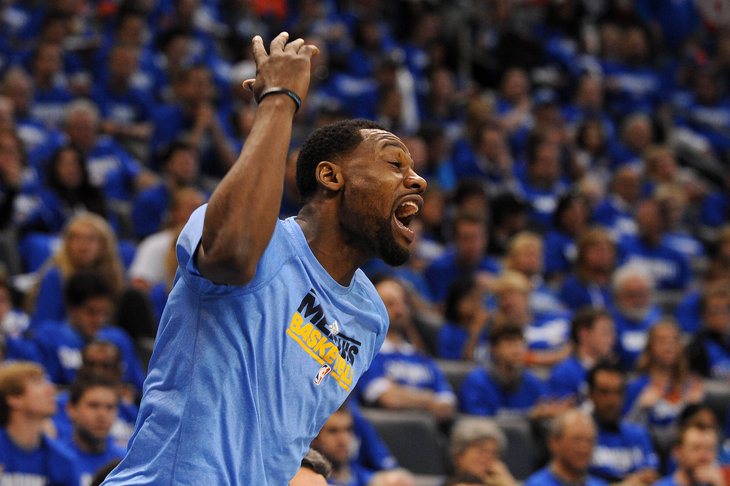 The key to the game for the Grizzlies lies in their ability to limit the Thunder's scoring options.

Heck, Tony Allen only played a minute in the fourth quarter, and the Grizzlies still should have almost won the game. Gasol dropped 20-10 but I felt like he was a ghost for a portion of the first half. Although always providing solid D, he was passive on the block and was minimally utilized at the high post in the first two quarters. When these two boys get it turned on, the Grizzlies can handle the Thunder.

With these and the handful more Keith and I discussed, we concluded that though the Grizz blew it, they had a lot of positives to build on from their "filling it out" game, as Lionel Hollins described it. I look for the screws to get tightened, the Grindfather to get more minutes and the bench to be even more productive against a weaker Thunder bench unit.

Tell us what you think will happen tonight.