GBB writers will take a look at the Grizzlies 13-14 schedule by peering into each month of the season.

Here is a look a the complete schedule for January 2014: 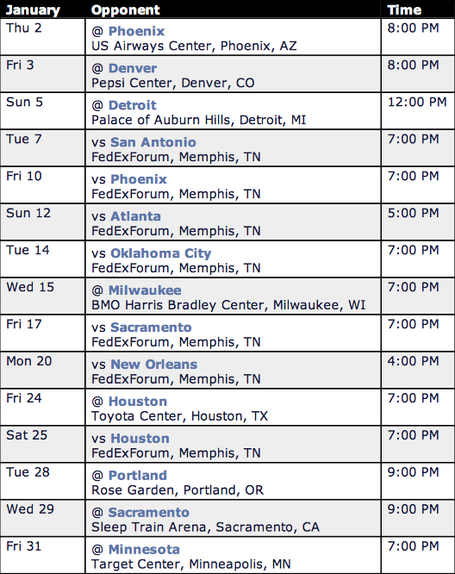 The Memphis Grizzlies should be hitting their stride here. The competition is there as they take on the Thunder, Spurs and Rockets along with other mid-tier teams including the Minnesota Timberwolves and Atlanta Hawks. A stretch of seven home games out of nine should allow the Griz to go on a run as they've fared well at the Fed Ex Forum in the past seasons.

They end the month of January on a three-game road trip visiting Portland, Sacramento and Minnesota. Neither of the three teams are a huge threats, but these are games this Memphis team should beat as they're coming off a trip to the Western Conference finals.