Blake attempted to post up Speights. When Speights made him pick up his dribble about 10 feet out, Blake had no other options and just leaned over and started to cry.......

Holy throngs of recs! What a spectacular competition we had this week! Newcomer josh_fleming threw down the gauntlet with a hilarious, and somewhat frighteningly accurate, description of what was going on in the picture. Grizzlam came out of hiding with a great one, and BCJ defended his title with what was one of my favs of all time. Because we had such great participation (3 greenies!) I'll also post the honorable mentions.

Like a staring contest with candy, Mo Speights easily wins the Sour Warhead portion of the manliness competition with Blake Griffin. - Grizzlam 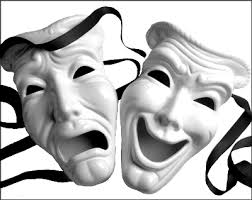 Great stuff everyone. I'm going to surprise you all with the photo for next week's CaC, so loosen up your funnies. We've got Mr. Ryan Hoover leading our Saturday Night Shuffle tomorrow, and make sure to check out whatever shameful playlist I'm dealt as well.

In lieu of the usual poll, will go with something just as interesting and revealing.