Nick Calathes played terrific in the second game of a back-to-back against the Houston Rockets. He showed composure and was a catalyst for the second unit, leaving one to beg the question: Is Calathes finally turning the proverbial corner?

This is the second part of how Nick Calathes made his presence felt in the game against the Rockets Saturday night. There are two parts, and each part is broken up into two phases. Part two will cover phases three and four. If you missed part one, be sure to check it out.

It wasn't a typical night for Calathes. He had far more points than assists, which has been a rarity for him given his shooting woes. It must be said that he made several dazzling passes that his teammates didn't capitalize on, such as the play that resulted from his first steal in the video from phase one where he dishes the ball behind his head to James Johnson.

Despite Calathes lack of quantity in the assists category, he made up for it in the quality of his one assist. He has excellent timing and passing ability, and it was flashed before us on this particular play.

Calathes brings the ball up the floor angling towards the left side of the court. He then waits for his screens to set up in front of him to trigger the play. Notice how Tayshaun Prince and Kosta Koufos are communicating with their eyes when to set their screens. 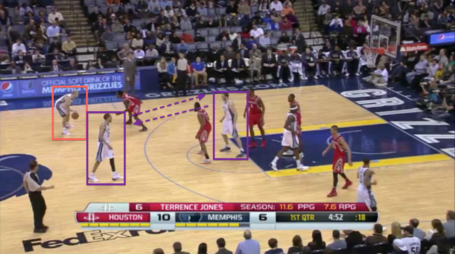 Prince and Koufos suddenly explode to set stagger screens, and Calathes bolts over the screens to the right side of the floor. 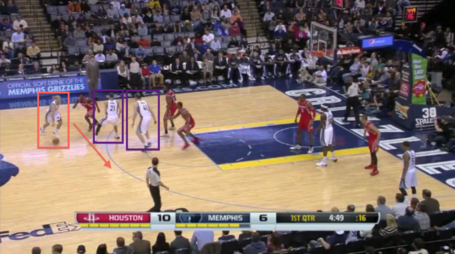 Calathes reaches the right wing, and Zach Randolph is already beginning to seal his man down low. 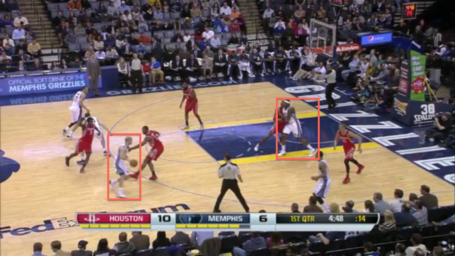 Calathes delivers the entry pass right on time. That perfect time is 1) right when Randolph has just sealed his man giving him no time to recover and 2) before any Rockets player slides into the passing lane to eliminate the entry pass. It's a beautifully executed bounce pass. 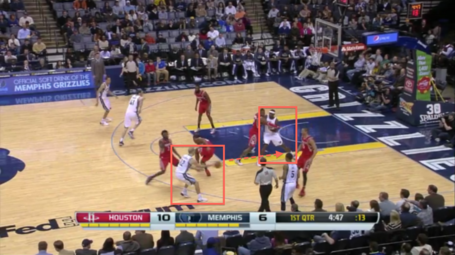 All that's left for Randolph to do after the perfect pass is finish, which he does with ease. 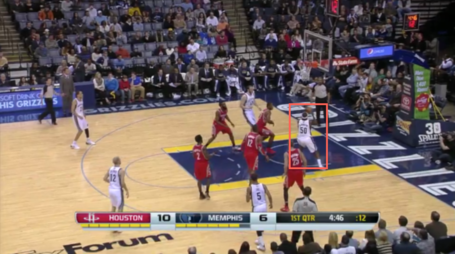 For video of the play, watch below as Calathes dishes it to Randolph.

Phase Four - Aggressive with the Ball

Last but not least, Calathes was not timid when attacking against the Rockets. This is important for him. Over the course of his young NBA career, he has clearly overthought many shots and moves rather than playing loose and letting his instincts take over. He played freely against Houston, and good things happened for him.

Calathes doesn't take many threes. There is a reason for that. He isn't good at them. However, the first three he took against the Rockets was the right decision and not just because he made it.

Calathes has the ball high out on the right wing. He's waiting for Ed Davis to set a hard ball screen for him. 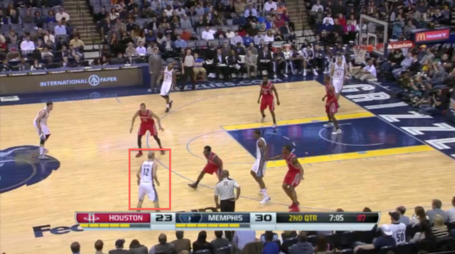 When Calathes goes over the screen, his man gets caught up, thus creating a switch. Calathes is now guarded byTerrence Jones, who is much bigger but slower. This is a mismatch for Calathes given his quickness. 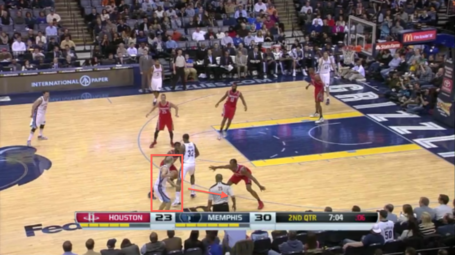 Calathes plays it really well from here. Jones sags off of him to cut off the drive, which is the right way to play him. However, Calathes was full of confidence against the Rockets, and he lulled Jones to sleep with a hesitation move before rising and firing in rhythm from deep. Typically, Calathes would pass up this shot. There wasn't much time left on the shot clock, but he had time to make a move or one more pass. He has been too rigid when shooting, and a lot of that likely stems from his rough start to his NBA career. If Calathes gets a three in rhythm, he should always take it just like he did here. 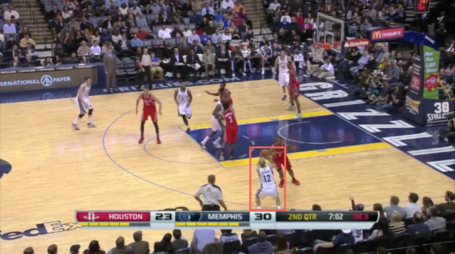 Watch the Calathes put it all together in the video below.

All in all, Calathes might have had his best game of the season against the Rockets Saturday night. The Grizzlies are hot right now. Marc Gasol is rounding back into form, defensive holes are being shored up, and the offense is performing well by Grizzlies standards. If Calathes keeps up this level of play, he might be turning the corner at just the right time.