Share All sharing options for: David Stern Retires: All hail The Great Mushroom!

On February 1, 2014, the Great High Poobah of all the professional basketballs, David Stern, will resign and withdraw from the public eye to pursue his lifelong dream of growing plants then staring disinterestedly at them until they wither and die. He has been a great little mushroom of a man for the league, presiding over many great moments and taking full credit for them all. He wasn't always a mushroom of man, I mean look at this: 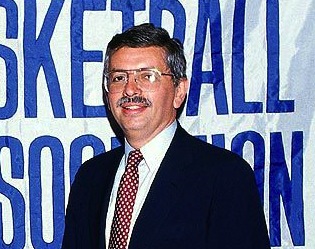 That is a man who is going places! That perfectly manicured mustache screams "future commissioner" or "Trust me with your money! This isn't a Ponzi scheme! This is the '80s! Want to take a ride in my new Datsun 240Z?"

So David Stern's first major implementation was Powerball! Oh, excuse me, the draft lottery! Because why make it so the worst team in the league gets first shot at getting the best player like every other professional league on the planet? No, let's introduce professional gambling into the sport. Donaghy is on you, Stern! You! You brought the gamblers to the table with your basketball Powerball, and nothing about your mushroom hair can convince me otherwise! "As if", says the Commish: 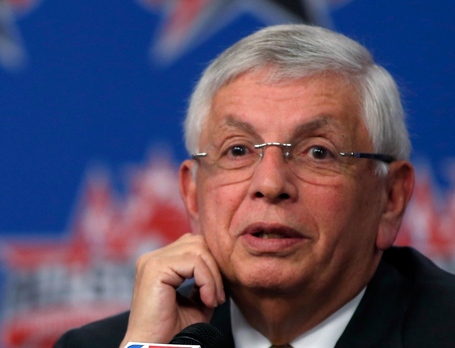 Still Stern presided over the NBA for those excellent "When amazing happens" commercials and for many amazing moments. I mean, he presided over Jordan's game-winner *cough*offensivefoul*cough* against Utah. He presided over Shaq's rise from phenom to world champ to part of WWE Divas tag team Kobe & Shaq. He presided over Dennis Rodman's transformation from man to comic book character. He presided over Derek Fisher, a fellow mushroom, albeit a bald mushroom, winning 5 NBA championships and walking around with a smirk on his face like he actually had something to do with it.

Let's not pretend Stern has been flawless, though, and one big glaring example is the continued lack of accountability for basketball referees. Playoff series have repeatedly swung on the whims of stressed-out dudes who know they can do what they want without repercussion. Every year there are "points of emphasis" which essentially just give the referees more leeway to make up the rules as they go. Further, may I remind you that this man is still an NBA official: 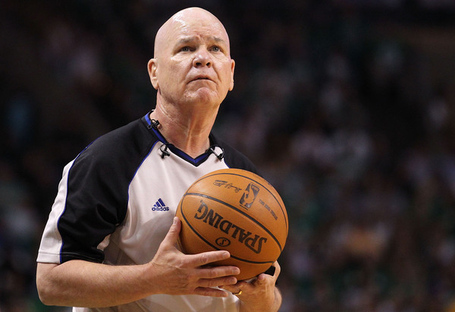 And then there's the Donaghy thing. Oh no, Mr. Stern, don't think you get to walk away from Donaghy unscathed. No sir! This is way worse than the Malice at the Palace or that time you cost a third of an NBA season because you refused to negotiate. This dude was contacting other officials who he officiated with after games he was proven to have thrown. Ol' Mushroom Hair, he decided the best course of investigation was to call the ref's union and say "Hey, man, any of the rest of y'all throwing games?", to which they said "no way, dude" and that was good enough for the Stern. He didn't want to know.

Part 3: The Stern sails into the sunset

Stern wants us to remember him as an undeterred captain at the helm of the ship holding the greatest athletes in the world, his hair blowing in the breeze, his eyes glassily half closed as he leans out over the railing to fly like Rose on Titanic. Something like this: 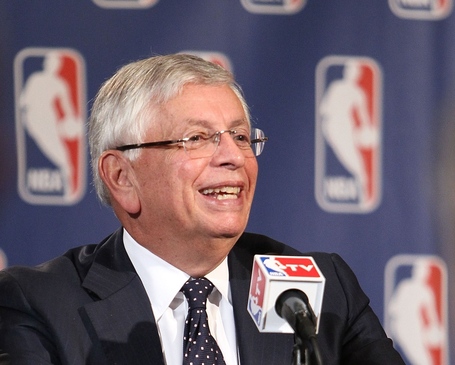 I'll remember him as a little contemptuous, a lot cocky, and a lot successful. I'll remember his proclivity to pronounce the word "champion" as "champeen". I'll remember the deadeye stare he gave reporters when he didn't want to answer their inane questions, as if he hoped he could turn them to liquid so they would ooze away and stop bothering him. The Stern is not amused by them (or probably me): 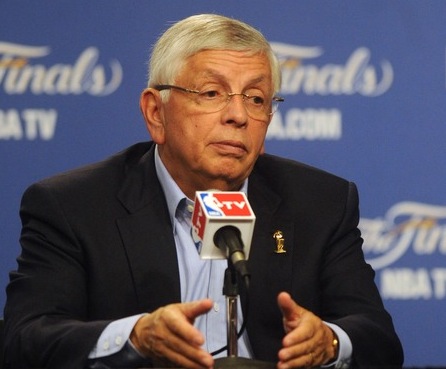 So did David Stern leave the league in a better place than when he started? Yeah, he definitely did. Should he have retired along with Michael Jordan? Maybe so. Did small market teams benefit or suffer under Stern? When you draft Hasheem Thabeet, Josh Selby, and DeMarre Carroll in the first round, I don't think you get to blame it on Stern. Did anyone simultaneously revel in the boos and show disdain for the booers as masterfully as Stern? NO SIR. So we move on to Adam Silver, the man everyone cheered when he came to the platform because he wasn't David Stern. 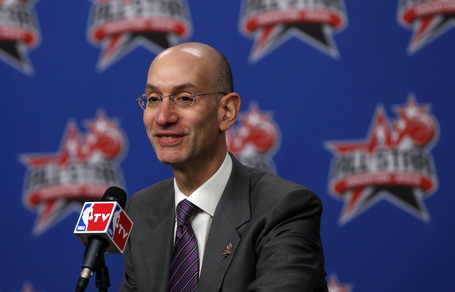 Look at that face! He looks so friendly, so reasonable, so nice, so... boring. *sigh* Love him or hate him, we're going to miss the The Great High Mushroom of the NBA, David Stern.