Can the Memphis Grizzlies be the NBA's version of the 2014 MLB ALCS participants?

So, what do this year's American League Championship Series contenders and the Memphis Grizzlies have in common, exactly? Small market success.

Share All sharing options for: Can the Memphis Grizzlies be the NBA's version of the 2014 MLB ALCS participants?

In my brief (and passing ever so quickly) life, I honestly can't remember a weekend of sports quite like what we have all just experienced.

If all you did this weekend was found ways (whether typically, strategically, uniquely, or all of the above) to watch some sort of game on an HDTV, then allow me to try to predict how your sports' "water-cooler" talk at work has been like so far today or over the course of the first few days of the work-week:

So, while everyone is giving their own feelings (involving either exuberant elation or gut-wrenching disappointment) about how this weekend's football events altered their own emotions, let me give you something to consider involving a sport that, although not overlooked by the media in general, probably was only watched haphazardly or coincidentally this weekend....unless you live around the Baltimore/D.C. area, within the state of Missouri somewhere, or around the Los Angeles or Bay area... 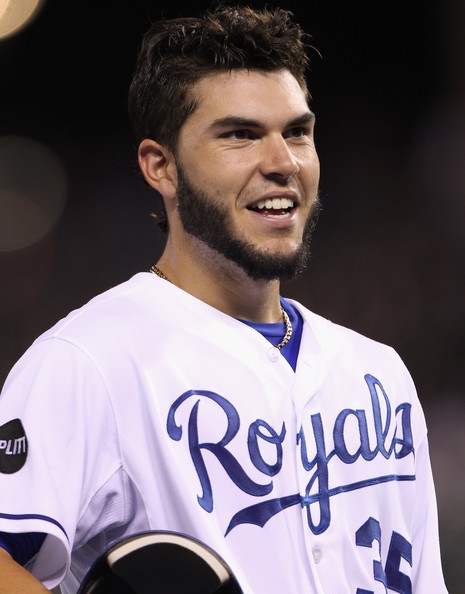 Do you know the primary characteristic that would show up on Royals first basemen Eric Hosmer's scouting report before this postseason?  He can play defense very well, earning a 2013 Gold Glove award.  Now, he's in the middle of a power surge, hitting a two-run home run Friday night in an extra inning win over the Angels, as well as a two-run shot in the third inning of Sunday night's clinching win.  The general baseball world has never heard of Eric Hosmer.  If the Royals win the World Series, Hosmer might be a name that won't be forgotten.

What was Marc Gasol's crowning achievement during the 2012-13 season?  Winning the 2012-13 Defensive Player of the Year award.  Sure, he's already a well-known name among all NBA circles, especially with his impending free agency looming.  But, his mind is on the upcoming season, and his overall game is poised for a breakout.

The Royals have had a bland, empty taste in their mouths for quite some time, and their postseason run is giving management, the team, and its fans some much-needed, long-overdue flavor.  Gasol has a sour taste in his mouth from Team Spain's quarterfinal upset in the 2014 FIBA World Cup; now, he's hungry for some sort of spice or flavor of his own...to the tune of a strong 2014-15 season and 2015 postseason, hopefully culminating into his first NBA championship. 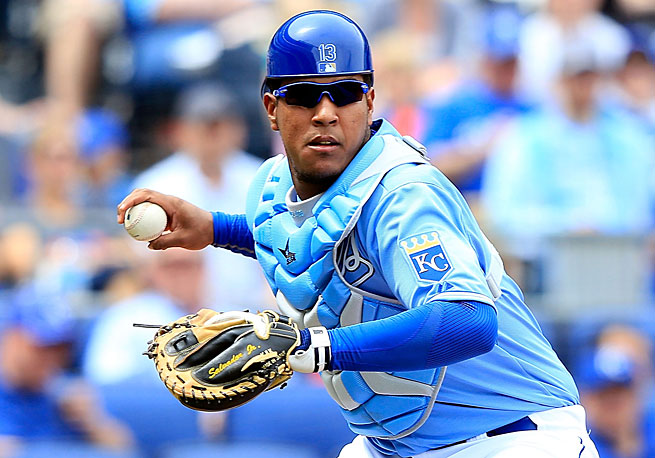 He is the catcher prodigy who quickly rose through the Royals' minor league system.  He quarterbacks a pitching staff made up of "Big Game James" Shields and some other guys you've never heard of.  Who was the catcher during Mariano Rivera's final All-Star Game inning of his career?  Salvador Perez, the guy represented in the pic above and the same guy who ended the American League wild card game with a walk-off single in the 12th inning to eliminate another small market team who put all their chips into winning the World Series this year for their aging owner and long-time general manager...Moneyball's Billy Beane and the Oakland Athletics.

There is an apparent difference in the size and stature of Perez and Mike Conley.  But the Grizzlies' own quarterback on the court is the stabilizing force that keeps the offense flowing and can make a big play when needed.  He is a high first-round draft pick that the franchise has placed their championship hopes on, similar to Perez's place on the Royals.  There is a quiet confidence within both players in their respective sports and on their respective teams. Conley is the captain that guides the Grizzlies' ship, just like Perez has been leading the Royals' pitching staff.

Stars step up in the brightest of lights and pressure moments.  The Royals and Grizzlies will go as far as Perez and Conley stabilize and guide their respective teams. 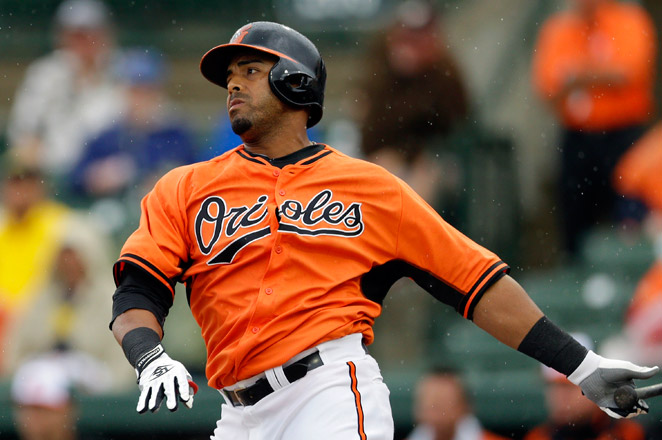 May I guess what you're thinking when you see this comparison:  How can Vince Carter and Michael Beasley even be grouped together in a comparison piece...much less be compared to Orioles' designated hitter Nelson Cruz?

Cruz was suspended 50 games last season for a violation of Major League Baseball's drug agreement related to the sport's Biogenesis investigation.  When Buck Showalter gave him a fresh start in Baltimore, Cruz turned that opportunity into a major coup for the Orioles, leading the AL in home runs during the regular season with 40 and finishing third in the AL in RBI with 108.  On Sunday, Cruz's two-run shot in the sixth inning sent the small market Orioles to the ALCS.  During the whole regular season and current postseason, Cruz has had a chip on his shoulder and something to prove - he wanted to show that Orioles' management made the right decision by bringing him on board.

Sure, you can definitely argue that Vince Carter resurrected his career in Dallas last season.  Now, as he enters the final stages of his career, VC has the opportunity to show he's worth the contract he signed with the Grizzlies.  He gets to show this resurgence is still present.  He gets to validate the resurrection of his own career.

Do I even need to go into any major detail about how Cruz relates to Beasley? I'm sure you read the many articles that came across the Grizzly Bear Blues home page as we all learned that Beasley had joined the Grizzlies.  We know he put up huge numbers during his days at Kansas State and has yet to see any major promise as an NBA player.  I have no clue how many more opportunities he's going to get, but there is something we know about his upcoming season that is similar to Cruz - he has something to prove, and he wants to show that Grizzlies' management made the right decision by bringing him on board.

Cruz has been proving his point.  We will see if VC and Beasley prove theirs.

While I just witnessed the Royals and Orioles land the two spots in the American League Championship Series, you probably witnessed the last remaining undefeated team in the NFL, the Cincinnati Bengals, get whipped by a supposedly "disgruntled" Tom Brady.  Nevertheless, what is the common ingredient between this year's Royals, Orioles, and Bengals?  Major Small market success. That specific phrase might not be literally trending on Twitter, but its meaning hasn't gone unnoticed in the sports world lately.

Remember the phrase; it should resurface regarding the city of Memphis by the time April rolls around.