Easing into Things: Grizzlies tip off their NBA Preseason against the Bucks

Start stretching those remote-operating fingers, Grizzly fans, it's about to get real! Wednesday night we will have Grizzlies basketball again!

Share All sharing options for: Easing into Things: Grizzlies tip off their NBA Preseason against the Bucks

To put it very kindly, the Bucks struggled in 2013-14. In point of fact, they were the worst team in the NBA, edging the hapless 76ers for the worst record while finishing near the bottom of the league in nearly every standard or advanced offensive and defensive category. One of the few bright spots was young Giannis Antetokounmpo, the 6’10" and growing 19 year old swingman dubbed "The Greek Freak". His statistics don’t jump off the page at you, but his highlight-reel plays and infectious personality brought some sorely-needed life to a moribund team. 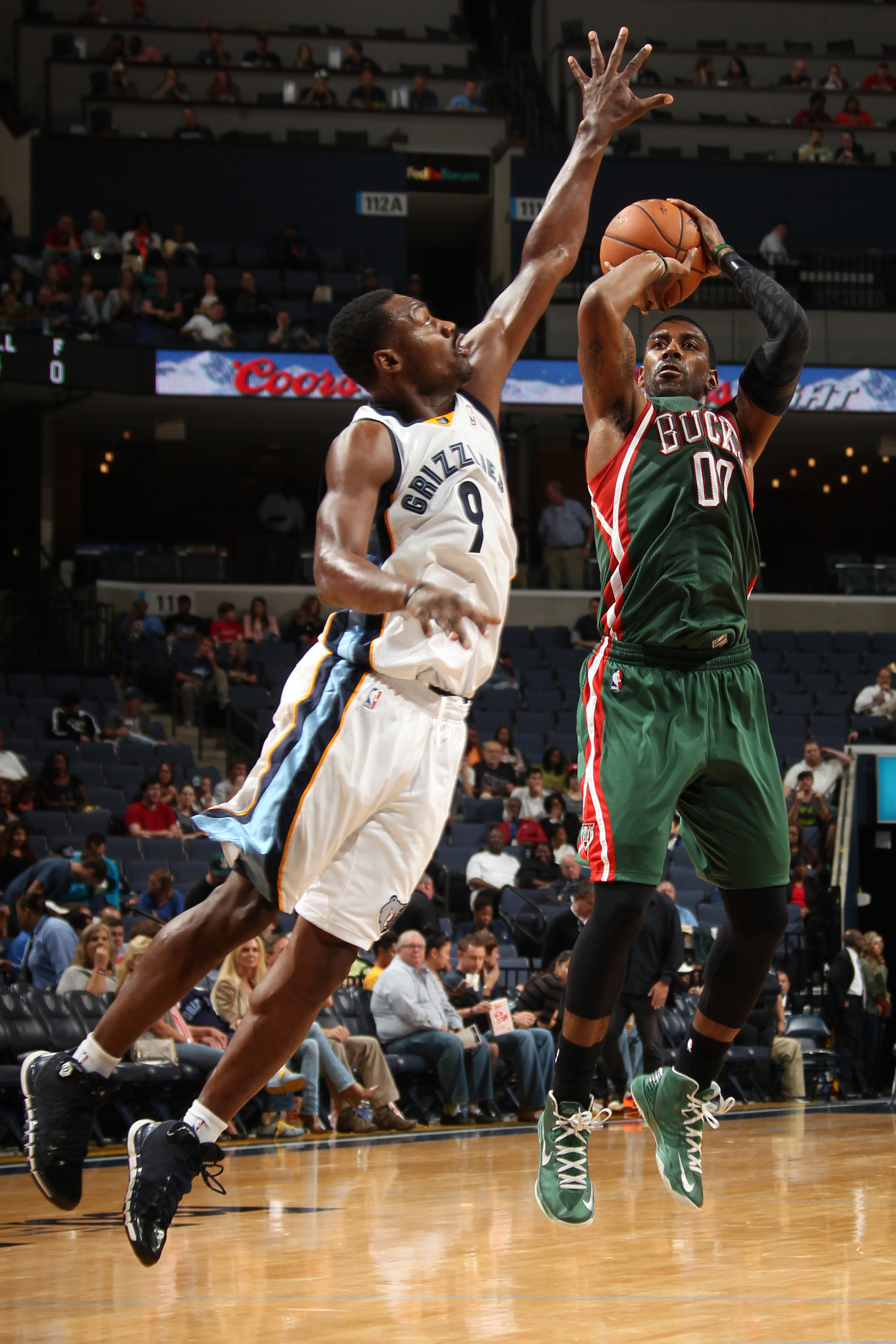 Despite reportedly spending the offseason pursuing trades for Ersan Ilyasova, Larry Sanders, and the porcine O.J. Mayo, the Bucks enter the preseason with a roster largely intact from last year’s. The most notable acquisition of the offseason is Jabari Parker, the 6’8" one-and-done Duke star who Milwaukee hopes can be a cornerstone of their franchise for years to come. Additionally, the Bucks brought in another former Grizzlies combo guard in Jerryd Bayless, a wing shooter coming off a down year in Jared Dudley, and a pass-first backup point guard in Kendall Marshall.  The Bucks also made a change in the head coaching position, jettisoning Larry Drew after one year in to hire Jason Kidd in something of a fiasco, Kidd himself coming off his first year as a coach with the Nets.

The Bucks are largely the same team that went 15-67 last year. Jabari Parker will likely add some of the scoring the Bucks lacked last year, and there are a bunch of young players with potential who could take the next step this year and bloom into legitimate NBA players. Larry Sanders, Ersan Ilyasova, and O.J. Mayo may regain the form that earned them large contracts. If all of that happened, the Bucks could be a playoff team in the East. It seems much more likely that they languish near the bottom of the standings again while young players like Antetokounmpo and Parker develop.

I know, that’s helpful, right? The single thing we all want to see out of every preseason game is no major injury.

This will be our first glimpse of Vince Carter in a Grizzlies uniform (other than media day, of course). It will be interesting to watch the dynamics on and off the court with his new teammates. Preseason basketball is always a little ugly – the first game moreso than most – so we may not be able to tell how he fits with the offense all that much, but it will be fun to see.

More on the Bucks

More on the Bucks

For those of you didn't watch the NBA Summer League - I'm not judging if you didn't, I'll just say some of us did, you know - this will be your first chance to see Jordan Adams and Jarnell Stokes in uniform.  Adams is smooth getting to the bucket and can be a streaky shooter, and Stokes has shown tenacious rebounding and the ability to get lots of second chance and junk buckets.  It will be interesting to watch how they fit with different lineups and in different situations.

One of the big frustrations last year was Dave Joerger's continued reliance on Tayshaun Prince, even when he was contributing nothing at all from the small forward position.  The Grizzlies did not move Tayshaun or his expiring contract this offseason, so we enter the preseason with Prince still on the roster and the worry of him seeing big minutes still on our minds.  It will be interesting to see how Tayshaun in used in the preseason - perhaps as a stretch 4,using his length to guard other team's stretch 4's and playing more with his back to the basket off the bench.

Why you should watch this game

I know it's the preseason, but the Memphis Grizzlies will be playing actual basketball against another actual NBA basketball team.  You'll get a glimpse of the new Grizzlies, from grizzled old faces like Vince Carter to young bucks in Jordan Adams and Jarnell Stokes, to intriguing roster invites like Michael Beasley, Earl Clark, and Luke Hancock.  On the flip side, the Bucks have some exciting young players in Parker and Antetokounmpo that you'll want to see.  Tune in, and join us on the game thread!