Analyzing the Memphis Grizzlies' recent string of success in March

In the return of everyone's favorite box score/statistical analysis feature, we take a look at a bold prediction, how it was working for 4 games and what went wrong in game 5 of the proposed 7 game "MulliStreak."

Share All sharing options for: Analyzing the Memphis Grizzlies' recent string of success in March

It can be lonely out there on a limb all by yourself.

On Twitter over a week ago, I made a pretty bold statement. It was the Friday after the last episode of "GBBLive" (which you can listen to here), an episode in which I predicted the Memphis Grizzlies would go 4-0 over the next week against at Chicago, Charlotte, Portland and at New Orleans. This was bold in and of itself, given how poorly Memphis had played against the Brooklyn Nets the game before.

Upon reviewing the next 3 games after that 4-0 stretch (at Toronto, at Philadelphia, Utah), I thought that the road was set up quite nicely for a 7 game winning streak. I tweeted out the following...

Prediction: Grizz go on a 7 game win streak starting tonight in CHI. CHA, POR, at NOLA, at TOR, at PHI, UTA next up before MIA and IND B2B.

Boy oh boy, did the flood gates open just a tad. I was called a cheerleader, I was told I have been drinking the "Kool-Aid." This MeTweetForFood tweet sums it up well...

"I Dreamed a Dream (And Twitter Pooped All Over It): The Joe Mullinax Story"

Now, the likelihood of the streak was always low, and those of you reading this likely already know the end to this story. However, to me the logic behind the streak was sound. The Grizzlies were playing teams with a combined 65-75 record over their previous 20 games at that point and Memphis has had a winning streak of 7 or more games the past 2 seasons on their way to the playoffs. A run was needed for Memphis to solidly put themselves back in to the playoff picture, and it shaped up nicely in my eyes during these 7 games.

However unlikely, a run of wins was needed for the Grizzlies to get back into the playoff picture for good.

Wouldn't you know it, they began streaking! Big wins over Chicago, Charlotte, Portland and a last second moment of heroism from Mike "Coldblooded" Conley against New Orleans gave me hope for the "MulliStreak", as dubbed by our own Kevin Yeung.

How did the Bears of Beale Street get there, how did it all come crashing down against the Raptors and how will the "MulliStreak" likely end with a 6-1 record? Sounds like cause for the return of "Griz in a Box" 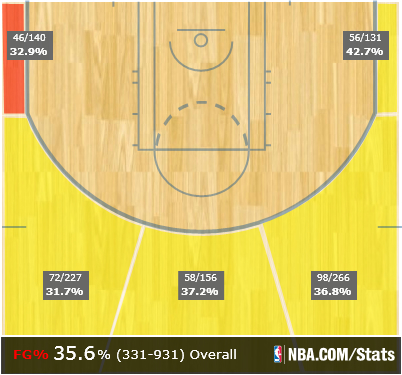 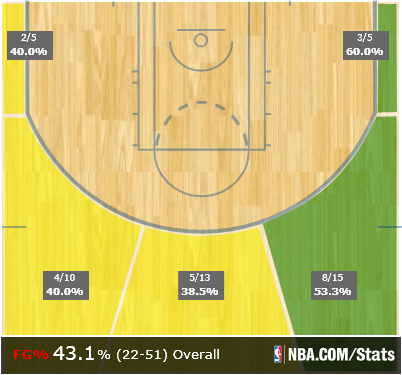 Significantly better. Who is to thank for this prolific shooting? Mike Miller (7-12, 58%) and Mike Conley (8-14, 57%) have a big hand in those numbers. When the Mikes are firing well from 3, the Grizzlies are tough to beat, even with Courtney Lee and Tayshaun Prince being a combined 1-10 from 3 during that same 4 game stretch.

Defensively, the Grizzlies defended without fouling even more than usual. Over the course of the season, Memphis averages 19.4 personal fouls a game. That is good for 6th lowest in the NBA according to teamrankings.com and is a pretty good number. However, during the 4 game win streak Memphis fouled only 16.8 times per game. Two less fouls per game is indicative of good defensive rotation, excellent foot movement and less reaching for the ball.

Forcing teams into mistakes and misses through team defense and timing are why opponents shot 40.7% from the field and 26% from 3 point land during the 4 game win streak.

Ah yes, where the "MulliStreak" died, in Canada. There are many things you can point to in this game where the Grizzlies go awry, away from what happened so well in the 4 previous wins. The Grizzlies during the streak averaged 22 assists per game, and over the course of the season Memphis averages 21.7 assists per game. Against the Raptors? 16 assists. Not enough flow in the offense, too much isolation, Grizzlies lose.

Another tell tale sign of a Memphis loss is their work on the boards, especially defensive rebounds. More than anything, defensive rebounding is more about the quality of defense being played than the work on the glass that given evening. Toronto only had 8 offensive rebounds, and 36 total, 1 more than Memphis' 35. Toronto, however, shot 50.7% from the field and 53% from three. Kyle Lowry and Greivis Vasquez in particular were brutal from range, shooting 7-12 from beyond the arc combined. It wasn't just from range, as Jonas Valanciunas and Amir Johnson, the starting Raptors bigs, were 17-25 on the night with 17 rebounds between them. Toronto shot far too well for the Grizzlies to have a chance, and much of that goes to the lack of Grizzly-esque defense.

More important than any individual stat is the combined efforts of Conley, Gasol and Randolph moving forward.

Any team in the NBA can have a good night, and the Grizzlies could care less about the now defeated "MulliStreak." However, moving forward Memphis must get more out of its "Three Grizzly Kings" (Zach Randolph, Marc Gasol and Mike Conley) than they did on this night if they hope to stay in the crowded Western Conference playoff hunt. Lowry, Johnson and Valanciunas were responsible for 23-39 (or 59% shooting), 24 rebounds, 14 assists, 4 steals, a block and 4 turnovers. Conley, Randolph and Gasol? 14-33 (or 42.4% shooting), 17 rebounds, 12 assists, 3 steals, 5 blocks and 5 turnovers.

Some nights, a guy will be better than others. Z-Bo was the strongest of the 3 on this evening (16 points on 13 shots, 8 boards), but Memphis needs all of these key cogs to be running at full speed ahead if there is any probability of a playoff run. Toronto is an above average team, and this was a tough game to begin with in the home of the Raptors. When the Grizzlies' "Big 3" gets outplayed by their counterparts on the other team that decisively? A Memphis loss is likely.

So, the Grizzlies moved on from the Toronto loss and blew out an awful Philadelphia team. They have a couple of days off leading in to a match-up with the Jazz, a game they will be favored to win. 6-1 over the projected 7 game "MulliStreak" is pretty darn good. Looking to April and May, the Memphis Grizzlies must find each other on offense, feed off of each other on defense and lean on the contributions of their three best players if another unlikely scenario is to play out-a deep run in the postseason.

Hey, it can happen.