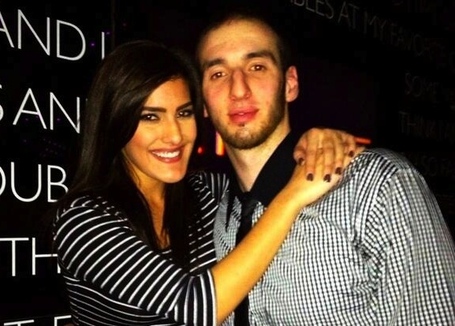 Kosta Koufos measures a full seven feet tall, technically a giant, and has the grace and fluid body control of a ballet dancer at times. You might think I'm being funny, but I'm completely serious. Those quick hook-shot-putbacks of Kosta's inside the paint are often a thing of beauty, perhaps unappreciated beauty.

One person who does not lack an appreciation for all the talents of Kosta Koufos is his beautiful girlfriend Leia Sergakis. A practicing fitness expert herself, Leia has seen some of Kosta's more impressive kinetic feats outside the NBA basketball court. On the latest episode of GBBLive with Joe Mullinax, Leia talked about some of her and Kosta's favorite sporting activities and focused on some of Koufos' more progressive practices:

Going to yoga, he loves doing Bikram yoga with me. It's so funny. He's very active, very into fitness, into his body, his awareness of it on and off the court. Everything he does he wants it to add to him and make him a better person.

Wow, Bikram yoga at that. But here's the real shocker from Leia:

He's better at yoga than I am, too. He really is.

Didn't see that coming, but it makes sense after watching Kosta more intently this season. At 7'0 he probably shouldn't be able to move the way he does (*see Gasol, Marc) but if this man can arrange his body to perform yoga better than Leia Sergakis, then everything he accomplishes on the basketball court is understandably an extension of all the hard work Kosta puts into his body throughout the entire year.

Besides the yoga revelation, Leia also mentioned Kosta's impressive dancing ability, including something about a "rookie battle" that Kosta might not want people to know about, which I obviously then dug up on the internet and now present to you for your viewing pleasure. I'll just tell you now, she wasn't exaggerating - the man...can..move!

I highly recommend you all go give last night's episode of GBBLive a listen. Leia was fantastic, and aside from Kosta's talents she also spoke about the challenges of the NBA lifestyle and mentioned their cat Mufasa who, after a quick googling, is adorable and very aptly named. We also had GBB godfather Kevin Lipe on to help guide our weary minds, and yours truly made an appearance in the opening segment where Joe and I try to talk everyone down from the Tayshaun/JJ ledge. 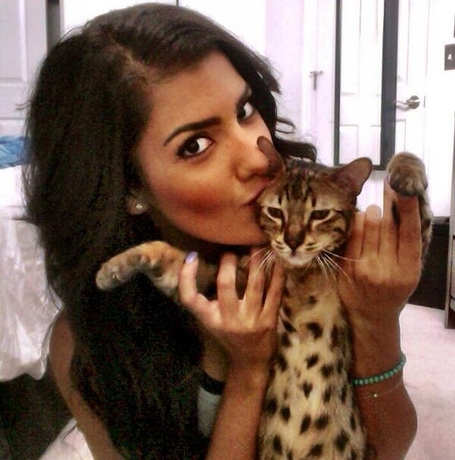